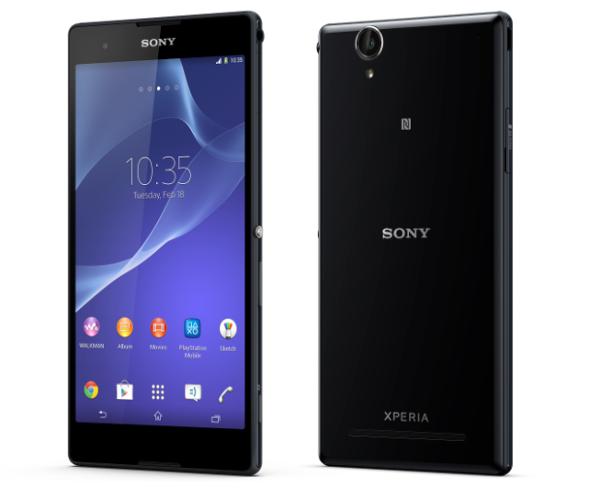 It seems that electronics giant Sony is taking a leaf out of Samsung’s book by releasing a variety of new smartphones as the Sony Xperia T2 Ultra mid-range phablet device has been announced by the company with a global release on the cards.

While last week we saw the Sony Xperia Z1 Compact launched and priced but now the company has announced the Xperia T2 Ultra and T2 Ultra dual. Both handsets are almost identical except the dual SIM support of the dual and the handsets are set to be available on a global scale.

The device comes with a 6-inch Triluminos touchscreen display at a 720p HD resolution which is powered by the quad core Qualcomm Snapdragon 400 processor clocked at 1.4GHz, and this is coupled with 1GB of RAM.

There is 8GB of on board storage that is expandable by up to 32GB via microSD card, and the handset features a 13-megapixel rear facing camera with a 1.1-megapixel unit around the front both with an Exmor R sensor.

The handset will be powered by a 3,000 mAh non-removable battery unit and while the two handsets are slated for a global rollout no release dates for the Sony Xperia T2 Ultra have been given, and the price tag has just be given a “mid-range price point” by the company.

Will you be considering the Sony Xperia T2 Ultra?