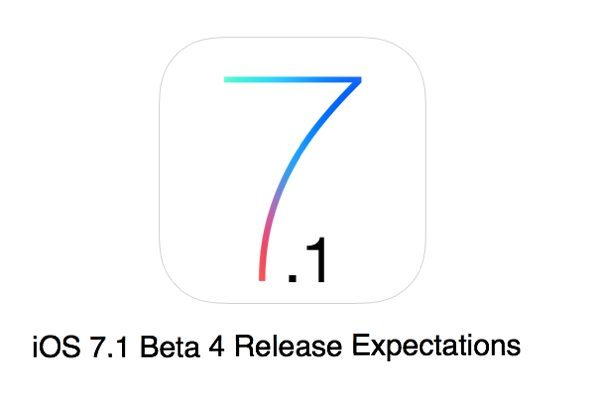 iOS 7.1 beta 3 released January 7th, 2014 and many are wondering if there will be a Beta 4 release before the public version goes out in March.

There has been about a one-month gap release between the iOS 7 Betas, so seeing as there is another month in between now and March maybe there will be a Beta 4.

We talked about the iOS 7.1 beta 3 update allowing Installation files being deleted from the iOS devices, some have reported a few problems with iOS 7.1 but new things will come when it is publicly released. No need to chat about the problems, as we only want to hit on the potential release date of iOS 7.1 Beta 4.

Do you think Apple will release iOS 7.1 Beta 4 before releasing the public version?