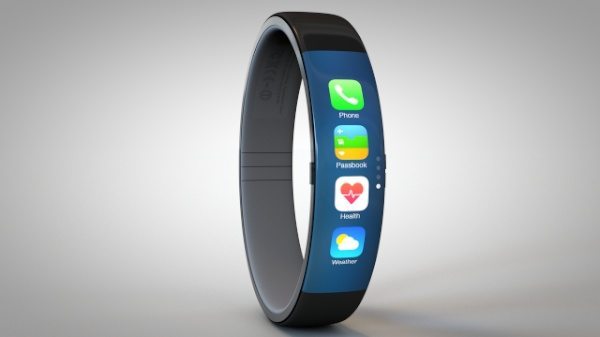 The Apple iWatch is hotly anticipated even though it has yet to be confirmed, and we’ve already seen plenty of concept designs of this device. This smartwatch is likely to be in hot demand once Apple releases it and designer’s minds are in overdrive thinking of how it could look. Today we want to show you a new iWatch concept with a curvaceous display that is really eye-catching.

Some readers may remember an earlier concept design by Thomas Bogner of an iWatch with Nike FuelBand leanings. This latest design is from 3D artist Todd Hamilton and takes that idea a step further.

This iWatch render is designed in bracelet style and as you can see from the images here it has a slim curved touchscreen display to fit within the bracelet form. It has a rubber build with a Home button to one side, and two buttons on the other side as volume controls. 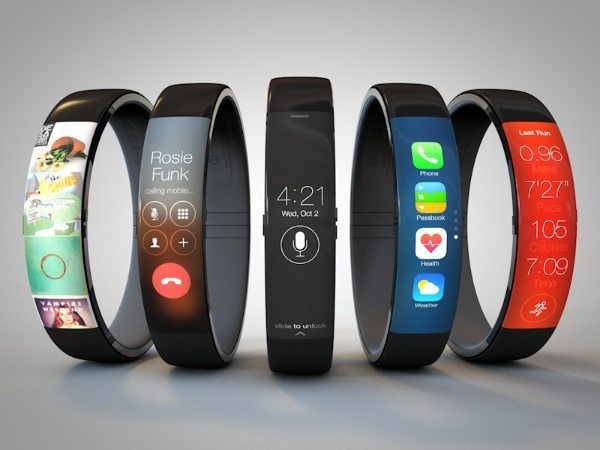 From the images we can see evidence of Siri, the ability to place calls, health apps and also the lock screen. We’re really impressed with this latest iWatch concept design, which Hamilton explains is aimed at providing a natural feel on the wrist.

As well as the images here you can also see more of this iWatch with iOS 7 UI components in the short video that we’ve embedded under this article. We think this is one of the best iWatch renders that we’ve seen so far, and it will be interesting to see what Apple comes up with when/if the smart watch is finally unveiled.

Are you interested in this type of wearable technology? Would you like to see Apple’s iWatch launched with this kind of bracelet design or a more traditional watch design? Let us know by sending your comments.

One thought on “iWatch concept with curvaceous display is eye-catching”