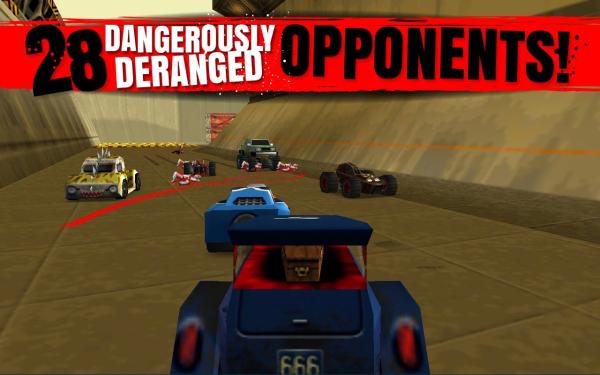 There are certain classic games that grab the headlines for a number of reasons and years later still have a large fan base, and Carmageddon game is certainly one of those as the Android version goes free, but be quick.

It has the Promo moniker but it is actually the full game and has been done this way to get around the terms and conditions of the Google Play Store for free games that are later priced. The gamer has been made free again to celebrate the launch of the upcoming PC game Carmageddon: Reincarnation on Steam Early Access.

The game was first seen back in 1997 and is basically a racing game with a lot of violence thrown in, as players get extra points for running over pedestrians or animals as you race around. There are 30 different vehicles that need unlocking while a career mode has 36 different levels.

Last time around the game was made free it was for 24 hours only and afterwards was priced at Â£1.49/$1.99, and can be found here.

Will you be downloading Carmageddon?