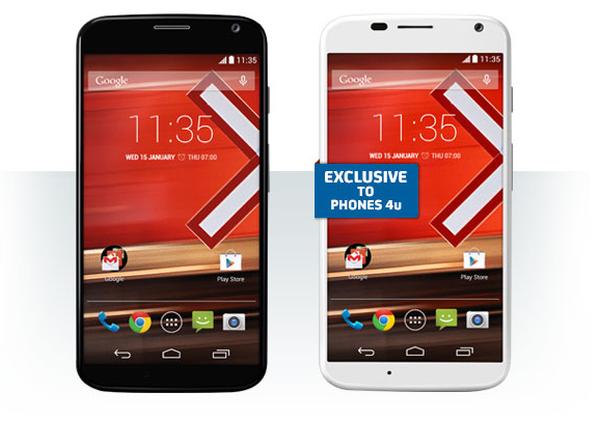 US consumers have being purchasing the Motorola Moto X for a number of months now, but the company is expanding its availability and the device is available now for UK consumers via Phones 4u with some colour exclusivity.

Yesterday we heard how an online retailer were expecting stock of the Motorola Moto X slightly earlier than the February 1st release date previously given, but now it has been revealed that Phones 4u are already selling the device now online and in store.

The handset is available via a pay monthly contract or via pay as you go, and the retailer is offering consumers the white model of the Moto X which is an exclusive to the company for the time being. Pricing starts at Â£25 per month on the Vodafone network with no upfront payment for the device, which gets you 100 minutes of talk time, unlimited texts, and 100MB of data and 2GB of Wi-Fi.

If you want to purchase the handset SIM free Phones 4u will sell you the Moto X for Â£389.95 in either colour finish, or this goes down to Â£379.95 via Pay as you Go although at the time of writing this is not available via the online store.

The Moto X has a 4.7-inch 720p display powered by a dual core 1.7Ghz processor paired with 2GB of RAM, and features a 10-megapixel rear facing camera.

Are you going to get the Motorola Moto X?