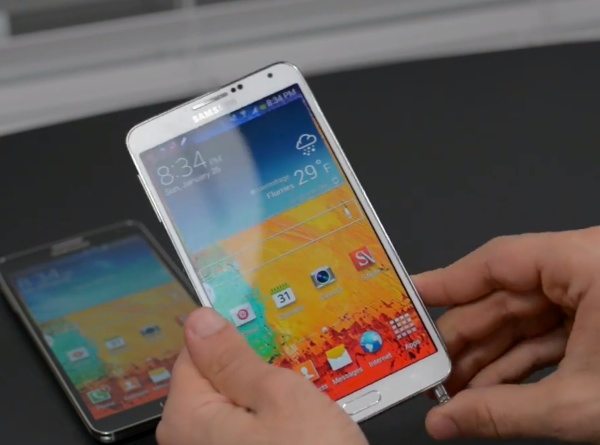 The Samsung Galaxy Note 3 is a mighty phone, there’s no doubt about it. It released in September last year and rolled out to various world regions receiving rave reviews. However, after the initial buzz dies down it’s interesting to look at a device some months later to see if it held up to expectations. Today we’re looking at a Samsung Galaxy Note 3 review verdict after time.

The Note 3’s combination of top specs and styling with new faux-leather rear and stitching effect has won legions of fans. We’ve written more articles than we care to remember about the Galaxy Note 3 and can hardly remember any negativity towards this phablet Android device with its large 5.9-inch display.

It can take some time to get to grips with a device though, especially with all of the features offered by the Galaxy Note 3. Therefore we thought the idea of looking back some time later was interesting and that readers would enjoy the 5-minute YouTube video below this story.

The video begins with acknowledging the enormous sales of the phone and then goes on to discuss an interesting disparity between the white and black versions of the handset that has been noticed. Then there’s a brief rundown of key specs before the excellent battery life gets a mention followed by the S Pen Stylus.

At this point the reviewer concedes that he sounds like he’s worshipping the Galaxy Note 3 but goes on to point out that there are a few drawbacks to the phone in his opinion. One of these is Samsung’s TouchWiz UI and there are strong words here as the reviewer adds that after he’s been using a stock Android device and goes on to use the Note 3 he’s “almost disgusted.”

Another disappointment is the slowness of receiving Android updates and the fact that when 4.4 KitKat arrives it will still be skinned with TouchWiz. However, it’s not all bad as it’s also acknowledged that TouchWiz does have some neat features although there’s room for improvement. Ultimately the phone is judged to be a “fantastic device let down by software,” and we wonder what you think of this verdict.

Do you have this smartphone and if so, do you agree with this judgement? Maybe you’ve noticed different niggles about the phone not mentioned here, or perhaps you’re completely satisfied with the Samsung Galaxy Note 3? Drop us a comment using the box below.