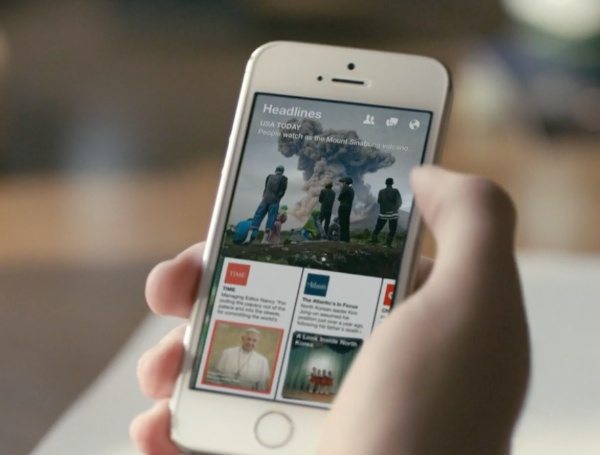 We’re always on the lookout for some of the hottest new apps and Facebook is just about to release a new one. The Facebook Paper app will go live on the App Store today and this is an app that looks likely to be in heavy demand from the off.

The new Paper app provides a new way of looking at Facebook. It’s not meant to replace the existing Facebook app but rather is an alternative to it. The focus of the app is to concentrate more on the news aspects and things that will interest the user rather than the usual social entries from friends.

Many of us are likely to find this new of using Faceboook a refreshing change as we are now so used to the customary look, to the point where it’s becoming a little stale for some. The Paper app offers a new way of enjoying original content with a full-screen layout rather than the current format.

A team of top engineers and designers has been working on Paper and one of the key areas where this varies from the usual Facebook app is that instead of being based entirely on your Facebook friends there are sections for various topics such as Sports, Tech, Cooking and more.

While some might say this veers away from the social networking aspect, many will appreciate the range of content this will provide. We can’t wait to check out the Paper app for ourselves but we’ve just checked the App Store and the app hasn’t launched just yet.

It will be available at some point later today though for US readers, so once we can provide an iTunes link we’ll add it to this article (see update below). In the meantime you can view the promo for the Paper app in the video that we’ve embedded below this story. This will give you a taster to whet your appetites.

Are you going to download the Facebook Paper app as soon as it’s available later today? When you’ve had a chance to check it out we’d love to know what you think about it, so do please send us your comments.

UPDATE: The free Paper – stories from Facebook app is now live on iTunes here. Please note that as it’s still being pushed across Apple’s servers you may need to attempt to download it several times.