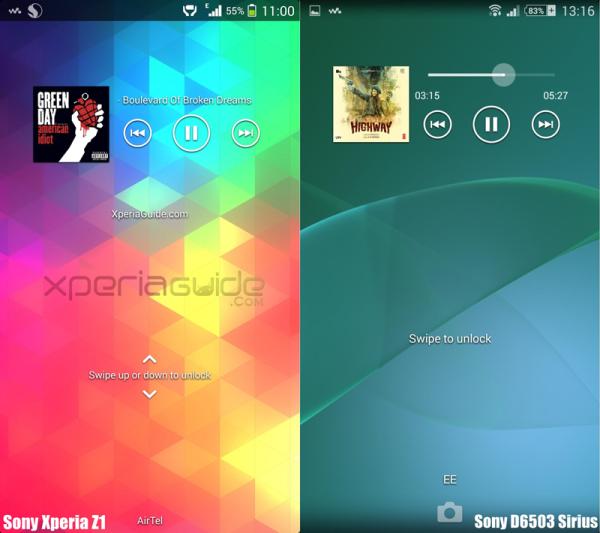 The smartphone world is looking forward to a number of flagship handsets being released in the coming weeks and months, and now the Sony Xperia Z1 and Xperia Z2 screenshots are being compared side by side.

We have been hearing a lot about the next flagship smartphone due for release by Sony in the last few weeks with the device having the codename of Sirius, which is now believed to be the Sony Xperia Z2.

On the new lockscreen is a music scrubber that will allow users to select any part of music to be played back, which is a feature only found on Android 4.4 KitKat. There is also a camera launch icon on the bottom of the new handsets screen with nothing on the Xperia Z1.

The owner of the handset has mentioned there is currently no option to turn on ART settings in the firmware on the prototype handset that is again a feature only found on the KitKat version of Android.

It is hoped that all the new features coming with the Sony Xperia Z2 will eventually find they way onto older Sony handsets that have been released in the last few months.

Will you purchase a Sony handset this year?