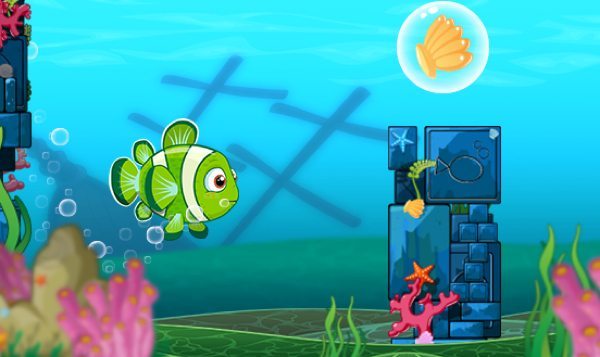 Take no notice of all the news hitting at the moment to do with the Flappy bird creator suicide – Dong Nguyen is not dead. Now onto the real news, Flappy Birds deleted from the App Store and Google Play was shock but in return a new game called Flappy Fin & Friends is coming soon.

If you missed out downloading Flappy Bird do not worry, because on February 20th a new game, which looks a lot better called Flappy Fin & Friends is coming to the App Store and Google Play.

After watching the official YouTube gameplay trailer below we have to say that Flappy Fin looks a whole lot better than the deleted bird version.

Go Games are the developers releasing the new arcade game so keep February 20th in your diary, this will be just as challenging as Flappy Birds — wonder how long it will stay in the App Store and Google Play before it is removed?

Players will be able to play as Fin or one of his fishy friends, check out the video below and the official Facebook page here. Get ready to help Flappy Fin and his friends escape the underwater caves.

Are you looking forward to the new Flappy Fin game?