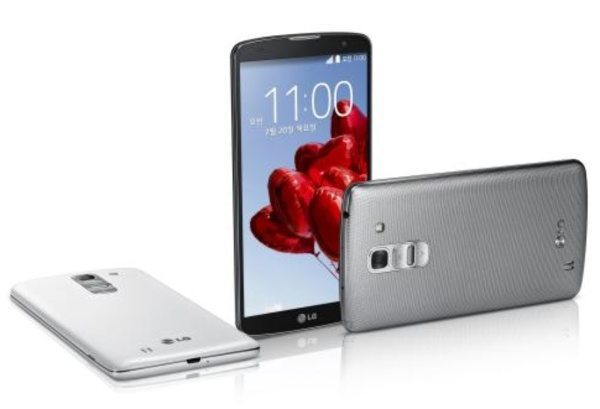 The LG G Pro 2 smartphone was officially introduced last week and is generating plenty of interest due to some very decent high-end specs. At the unveiling LG didn’t announce when this handset would be available but we now know that the LG G Pro 2 will release first on February 21 in South Korea, while the US and Europe will have to wait some time longer.

There are likely to be plenty of consumers waiting to get their hands on this latest LG phone, who were probably hoping it would arrive very soon. As reported by Korean media, telecom officials say that the phone will release in South Korea on February 21, so those lucky consumers will be able to buy the LG G Pro 2 within days.

After this it appears that the phone will release in further countries in Asia around the end of March. However, the news doesn’t look as promising for those waiting for the LG G Pro 2 to arrive for sale in the US or Europe.

LG officials have now said that a US and European market release of the G Pro 2 will be “much later,” which sounds rather ominous if you were hoping the device would be available in those regions soon. There have been previous claims that the phone won’t release for Europe or the US before April, but this latest information suggests buyers may be waiting much longer than anticipated.

While we’re waiting for more news on this you can check out the specs of the LG G Pro 2 in our earlier launch article, or you may be interested in a comparison of the LG G Pro 2 vs. Samsung Galaxy Note 3. Obviously we’ll keep readers informed about the release of this handset in more regions, but we’d like to know what you feel about this latest news.

Are you in the US or Europe and a potential buyer of the LG G Pro 2? If it doesn’t release for another few months are you more likely to purchase another smartphone? Drop us a comment using the box below.