Gionee Elife S5.5 to launch in India and worldwide 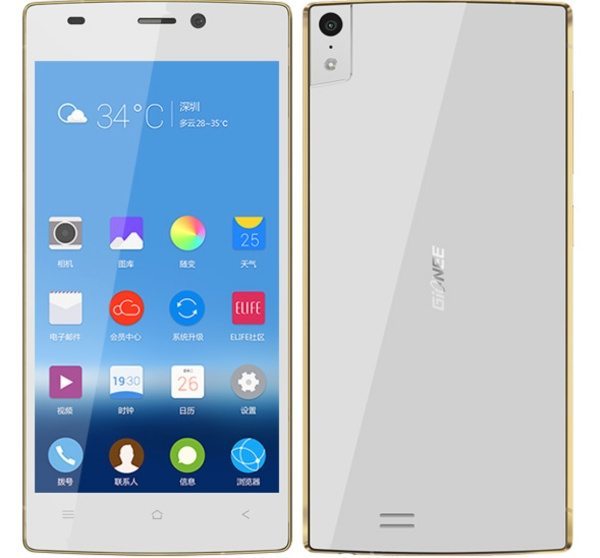 We have news today about a new smartphone from Gionee that has just been announced in China. The Gionee Elife S5.5 will also be launched in India and many more countries worldwide and specs suggest a high-end phone with a very classy ultra-slim design.

Hot on the heels of the Gionee Gpad G4 and Gionee M2 smartphones, the Elife S5.5 has arrived, and it’s claimed as one of the world’s thinnest with a magnesium alloy frame that’s only 5.5mm thick. This slimness is enabled with a display module that’s only 0.5mm thick and a 0.40mm thick back cover, and we have to say the images of the phone show a very attractive looking handset.

It has a 13-megapixel rear camera with stacked Sony sensor, autofocus and LED flash, as well as a 5-megapixel front-facing camera that has a 95 degree wide-angle lens. The phone also has a 2300 mAh battery and connectivity options include 3G, Wi-Fi 802.11 b/g/n, WiFi Direct, and Bluetooth 4.0.

Full dimensions of the Elife S5.5 are 145.1mm x 70.2mm x 5.55mm and it weighs just 130g. The phone runs the Android 4.2 Jelly Bean operating system skinned with the Amigo 2.0 UI. It will be available in several colour options, black, blue, pink, purple and white.

Pre-orders are now available in Chine with a release date from March 18. The Gionee Elife S5.5 price is 2299 Chinese Yuan, which equates to around Rs. 23,550 for the 3G version. The phone will launch in over 40 countries worldwide and an LTE variant of the device will also go on sale in June.

We’d love to hear your thoughts on the very stylish Gionee Elife S5.5. Is this a phone you could be tempted to buy when it goes on sale in India or elsewhere? It’s always good to receive your comments so please do send them in.