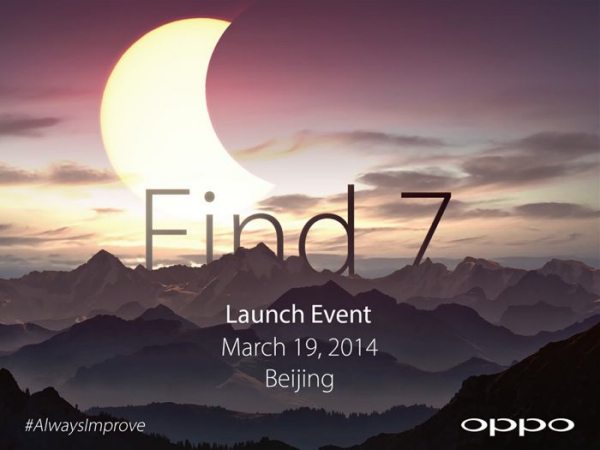 The new Oppo Find 7 design and display were just rumors, but now the latest news reports that this smartphone will be available with two displays, one FHD and the other QHD.

If you look at the photo below the above all makes sense and the rumor has been laid to rest.

GSM Arena reports the Oppo Find 7 will release with two display options, the first being with a QHD resolution of 2560 a 1600, and the other with a FHD resolution of 1920 x 1080 pixels – Both options will have a 5.5-inch screen size.