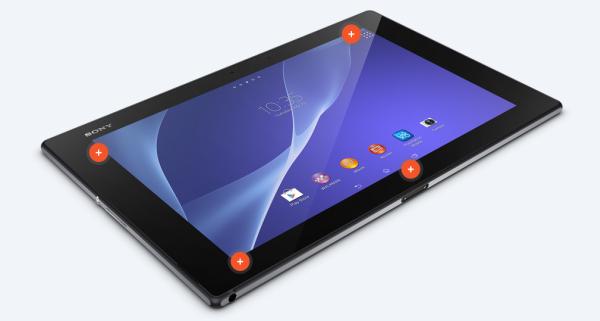 With the ongoing Mobile World Congress event we are seeing many new mobile devices being launched but we don’t always get provided with the pricing and availability. We do now have the Sony Xperia Z2 Tablet cost in the United Kingdom.

The Sony Xperia Z2 Tablet has now been priced for consumers in the UK via the official Sony website and third party online reseller Clove, and the device starts at Â£399 for the 16GB Wi-Fi only version of the tablet PC.

If you want more storage the 32GB model is priced at Â£449 while a further Â£50 will get you the 16GB Wi-Fi/4G LTE variant of the Sony Xperia Z2 Tablet. Clove has the 16GB cellular model available at the same Â£499.99 price with a release expected sometime in March.

To recap the device features a 10.1-inch TFT display at a resolution of 1920 x 1200 with a 224ppi pixel density, which is powered by the Qualcomm Snapdragon 801 quad core processor running at a clock speed of 2.3GHz.

This is paired with 3GB of RAM and the Adreno 320 graphics GPU, while camera wise we have an 8.1-megapixel unit on the rear paired with a 2.2-megapixel front facer with the device running the Android 4.4 KitKat operating system.

The device comes with IP55 and IP58 ratings which means it is dust and water resistant, and this news comes after we debated earlier whether the price for the Sony Xperia Z2 smartphone was a little high.

Will you be getting the Sony Xperia Z2 Tablet?