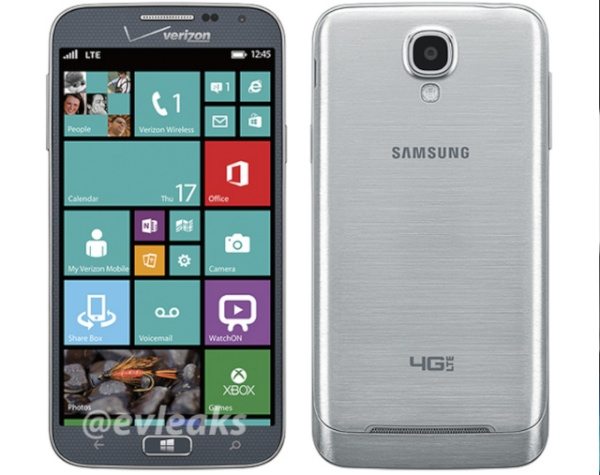 Not too long ago we discussed the Samsung ATIV SE that is headed to Verizon and was previously known as the Samsung Huron. This is a Windows Phone 8.1 smartphone and when we saw a previous leaked image we thought it was very similar in appearance to the Galaxy S4. Now a further image has come to light, this time an official press render of the ATIV SE.

It comes from prominent leaker @evleaks who is usually very reliable when it comes to upcoming device information. The fact that this is a press image suggests that it might not be too far away from a launch and eventual release. We wonder if it could be officially introduced at the Microsoft BUILD conference taking place next month.

There are no confirmed details on specs yet, although previous rumors have suggested a 5-inch Full HD display. When we hear more we’ll be sure to pass on the news. Is the Samsung ATIV SE on Verizon a phone you might be interested in purchasing?