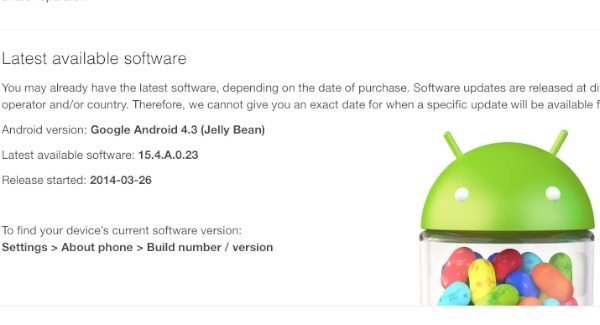 The 4.3 Jelly Bean update with build number 15.4.A.0.23 is now available for the Sony Xperia M (C1904 and C1905). The official Sony Xperia M software update page at the source below now shows the change to this latest build and says that the release started today, March 26, 2014.

The official changelog is as follows —

This firmware is now live at various carriers across Europe and Asia, but the latest update hasn’t yet arrived for the Xperia M Dual, where the official software page still lists the earlier build. Have you been eagerly waiting for the Android 4.3 update for your Sony Xperia M?