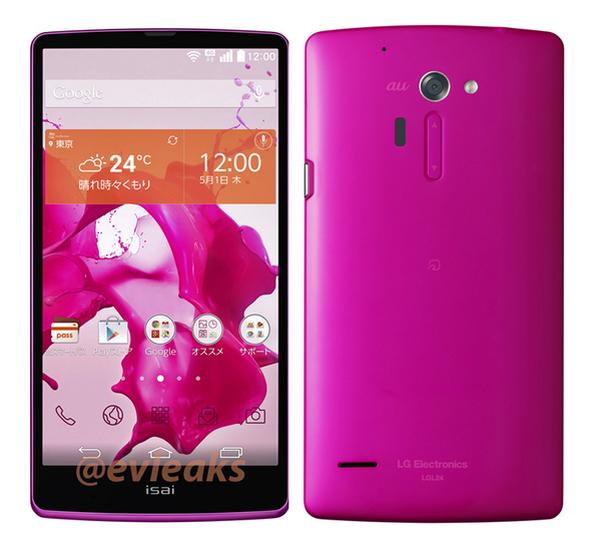 It looks like LG will have some great handsets available to consumers during 2014 with the LG G Pro 2 already launched. Now the LG isai FL is seen again in a bright colour scheme with some specs in tow that could give us some design clues for other future LG smartphones.

The LG isai FL was leaked a few days ago by evleaks with some suggesting it could provide design clues for the LG G3 or Nexus 6, and now the tipster has returned with the image on this page with the handset in bright pink.

This time we have some specifications that include a 5.5-inch LCD display powered by the Qualcomm Snapdragon 801 quad core processor clocked at 2.5GHz paired with 2GB of RAM. There is also 32GB of internal storage along with microSD card support with a 3,000 mAH battery keeping everything switched on.

It is rumoured to be water resistant along with the Android 4.4 KitKat operating system, and while this actual handset is set for the Japanese market many feel it could give us an idea what the LG G3 will be like, although this handset has seemingly lost its front facing camera.

Would you be worried if the LG G3 resembled this handset in any way?