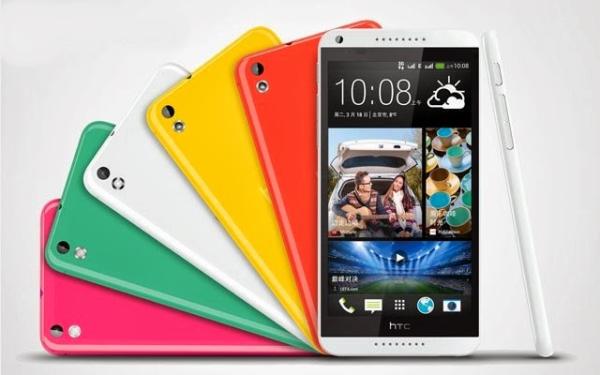 The more affordable phablet offering from HTC was originally launched back towards the end of February but now the HTC Desire 816 arrives for consumers in India with pricing and a release timeframe.

HTC has already announced the pricing and availability for the HTC One M8 and the budget HTC Desire 210 for consumers in India, and now it has been revealed that the HTC Desire 816 will be available in the coming few weeks and priced at Rs. 23,990.

To recap the smartphone features a 5.5-inch 720p display which is powered by the quad core Qualcomm Snapdragon 400 processor clocked at 1.2GHz. This is paired with 1.5GB of RAM running the Android 4.4 KitKat operating system with HTC Sense 6.0 alongside it.

There is also a 13MP rear camera paired up with a 5MP front facer, while there is also dual SIM support, HTC BoomSound twin front facing speakers, Bluetooth 4.0, 3G, Wi-Fi a/b/g/n/ac, 8GB of expandable storage, and a 2,600 mAh battery supplying the juice.

The HTC Desire 816 will be available in black, green, purple, red, and white colour options once the device is released to the market.

One thought on “HTC Desire 816 arrives for India with pricing”