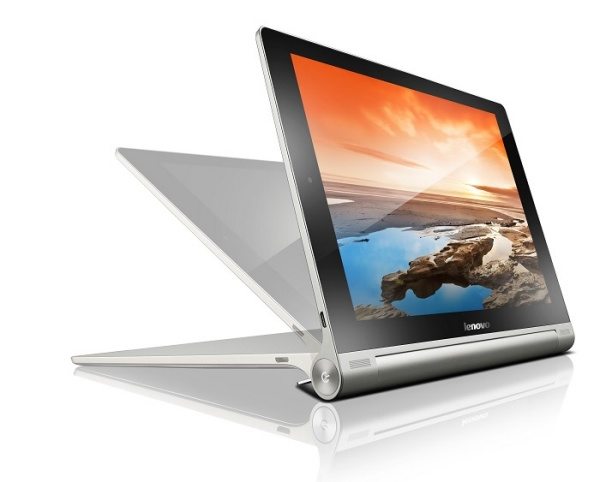 It was back in February that we first gave news about the Lenovo Yoga 10 HD+ tablet, which was unveiled at MWC. At that time it was said that the tablet would release in April, but although you can now order the Yoga 10 HD+ it won’t be shipping until May.

The device has a handy built-in stand and runs the Android 4.3 Jelly operating system, upgradable to Android 4.4 KitKat soon. You can order now from Lenovo although shipping time is currently expected to be in 3 weeks. Out of the vast array of tablets available on the market, are you tempted by the Lenovo Yoga 10 HD+?