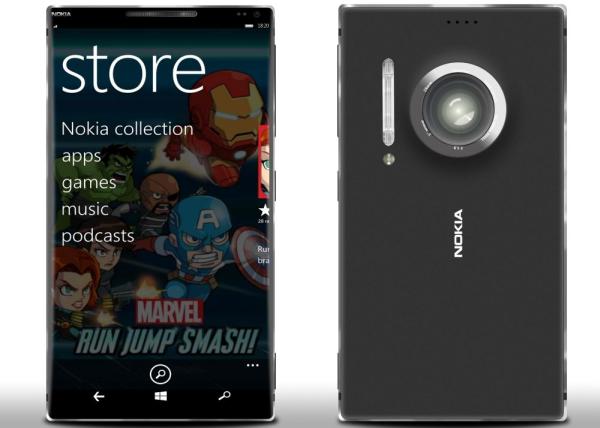 Microsoft has now completed the deal to take control of Finnish smartphone manufacturer Nokia, which will cause some disappointment among fans of the company. Today though we have a Nokia Lumia 1820 design that has been finalized.

Earlier this month we had the Nokia Lumia 1820 concept phone teased by the designer Karl Jayson, and now he has completed the design that you can see on this page. The device has a 5.2-inch 2K resolution display with the Qualcomm Snapdragon 805 2.3GHz processor under the hood with 3GB of RAM.

The handset only measures 9.6mm thick even with the rear mounted 30MP camera with Carl Zeiss technology with Xenon and LED flashes, and internal storage comes in at 32GB with expansion possible up to 128GB.

Powering the device up is a 3,200 mAh battery unit while the handset is running the Windows 8.1 GDR1 Lumia Denim update.