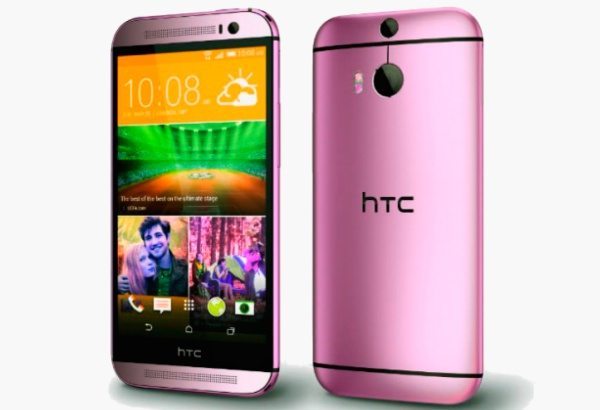 For some time now there have been rumors that a red HTC One M8 was on the way and now a reliable source has tipped new HTC One M8 colors of blue and pink as well as red. It’s always good to see further color choices arrive, although at this point it’s unclear when these will be released.

At present the HTC One M8 is offered in Gunmetal Gray, Glacial Silver and Amber Gold, and earlier this month reliable leaker @evleaks informed that a Glamour Red version was in the pipeline. Further to this we showed a leaked image purporting to be of the red model with Verizon branding.

Now @evleaks has struck again and referred to three new colors of the phone being added to the line up. One of these is the previously mentioned Red version while Blue and Pink are also said to be on the way. Unfortunately there is no information yet on when these HTC One M8 options will become available, but it’s likely that we’ll be hearing more on this very soon.

Another consideration to take into account is that it’s not clear whether these new color alternatives will be generally available or whether they will be limited to particular regions or even exclusives for particular carriers. No images of the blue and pink versions have come to light yet, so please note that the pink HTC One M8 shown here has been created by Droid-Life to reflect what it might look like.

Would you like to get your hands on the HTC One M8 in red, blue or pink? Maybe there’s another color you’d like to see added to the mix?

One thought on “New HTC One M8 colors tipped as blue, pink and red”