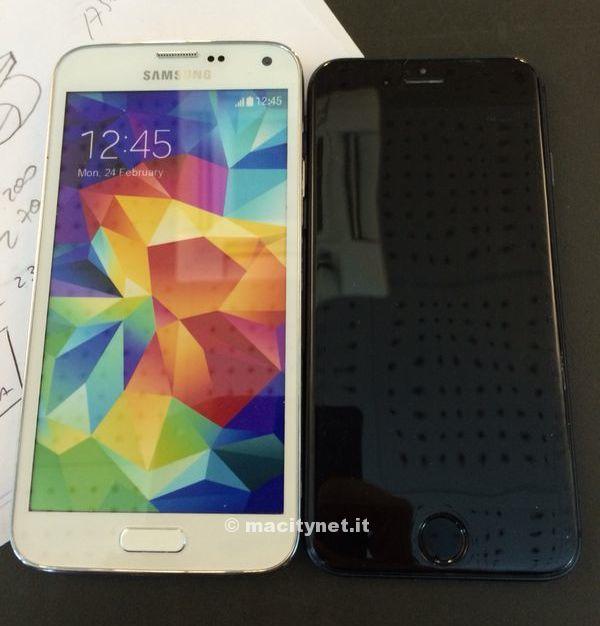 It is beginning to look like the next smartphone from Apple is getting leaked long before its due to arrive to the market, and without even being left in a bar somewhere. Following on from some images the other day we now have the iPhone 6 vs. Samsung Galaxy S5 in a possible size comparison.

This iPhone 6 is claimed to have a 4.7-inch display and the mock up of the handset is supposedly from an inside source, but of course leaks such as these have to be taken with a huge dose of salt until something official is seen.

You can also see that the so called iPhone 6 is slightly smaller than the Galaxy S5 with its 5.1-inch screen size, and another image shows that the Apple smartphone is thinner than the S5.