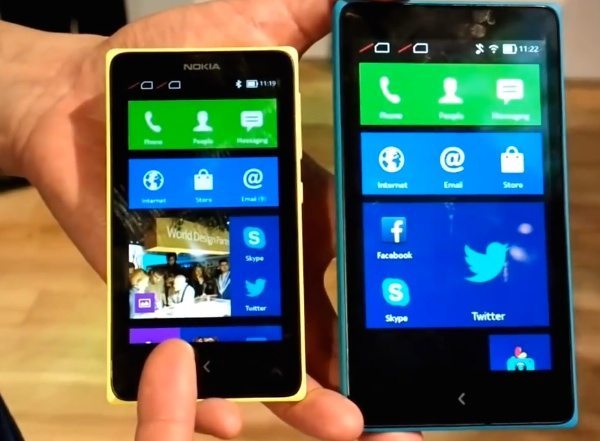 The Nokia X, X+ and XL were all introduced in February and attracted plenty of interest, as instead of running the Windows Phone OS they run a special version of Android. The Nokia X smartphone became available in some regions almost immediately and the Nokia XL release is now beginning to roll out. Today we’re looking at the Nokia X vs. Nokia XL in a showdown for India.

We’ve already written many articles on the Nokia X, which you can see here, and just recently we’ve shown an initial video look at the Nokia XL. Yesterday it was also reported that Nokia XL availability was beginning for IMEA and APAC regions and Nokia India states that its availability is coming very soon. We’ll outline the key specs of each of these dual SIM devices so that you can see how they compare.

Operating System
Both phones run a version of Android 4.1.2 Jelly Bean with the Nokia X 1.0 UI.

Price
Both are affordable handsets and when the Nokia X launched for India the price was Rs. 8,599. However, it’s worth remembering that the phone can be found at various retailers now for quite a bit less. The price for the Nokia XL for India has not yet been confirmed but yesterday Nokia announced that the phone would cost â‚¬109 before local taxes and subsidies. That price equates to around Rs. 9,100.

As far as specs are concerned the Nokia XL is clearly the superior of the two smartphones with a larger display, improved camera capabilities, more RAM and a higher capacity battery. However, the bigger display leads to a larger form factor and the XL is quite a big heftier because of this.

On the face of it, if you don’t mind the larger size then the Nokia XL looks to be a better bet, but only you can decide if it’s worth paying the extra money for. Will you buy the Nokia X or will you purchase the Nokia XL when it hits the shelves