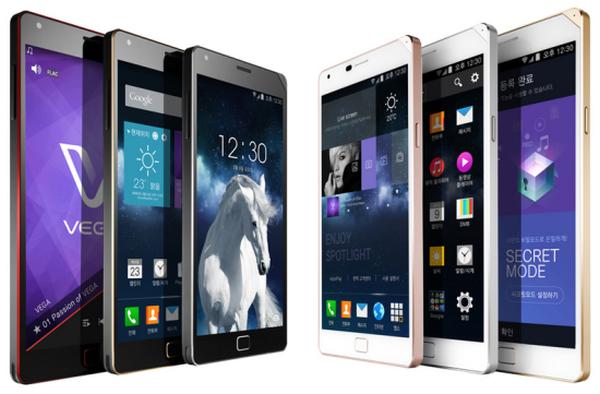 There are a growing number of desirable Android smartphones being made available from some not so well known manufacturers, and now the Pantech Vega Iron 2 is made official revealing the chipset specs the device is using.

A few days ago some hands on images appeared for the handset that called into question some earlier leaked specs about the processor the device will be using. Now the Pantech Vega Iron 2 specs have been confirmed with an official announcement for the handset.

The device has a 5.3-inch Full HD Super AMOLED display which is powered by the Qualcomm Snapdragon 801 processor which is running at a 2.3Ghz clock speed. This is coupled with 3GB of RAM running the Android 4.4.2 KitKat operating system.

Other features include a 13MP rear camera with OIS technology paired with a 2MP front facer, 32GB of on board storage, and powered by a 3,220 mAh battery unit fitted into a device measuring 144.2mm x 73.5mm x 7.9 mm weighing 152 grams.

The smartphone will be available in six different colour finishes and is expected to be available later this month.

Do you like the look of the Pantech Vega Iron 2?