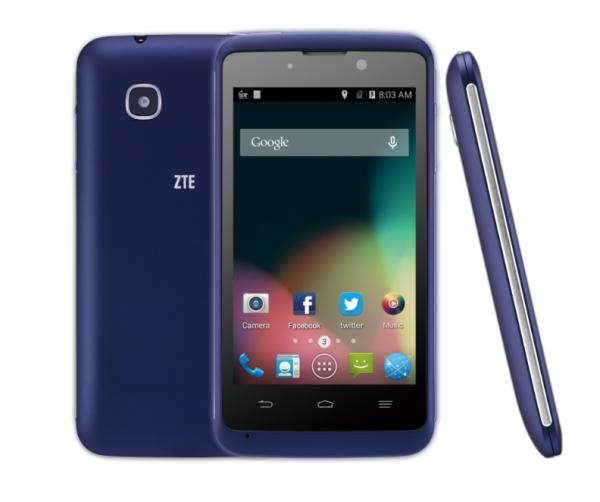 There is a growing choice of more affordable smartphones on the Android platform as there will be many users that want a dependable handset but don’t want to pay out a lot of money. We now have news of the ZTE Kis 3 that promises Android KitKat on the cheap.

A few days ago we heard of the ZTE Blade L2 and now the company has officially announced another new smartphone in the form of the ZTE Kis 3. The handset will be offered in a Deep Blue colour but users can change the colour with swappable covers.

The handset has a 4-inch display at a resolution of 480 x 800 which is powered by a 1.2GHz dual core processor with 512MB of RAM, and running the Android 4.4 KitKat operating system straight out of the box.

There is 4GB of built in storage that can be expanded up to 32GB via microSD card, and other features include dual SIM support, Bluetooth 4.0, Wi-Fi 802.11 b/g/n, and GPS with AGPS.

The ZTE Kis 3 is already available in Greece with a release coming soon in the UK, Germany, Hungary, Israel, Poland, Macedonia, and Slovakia while currently we don’t have any information on pricing.

Do you like the look of the ZTE Kis 3?