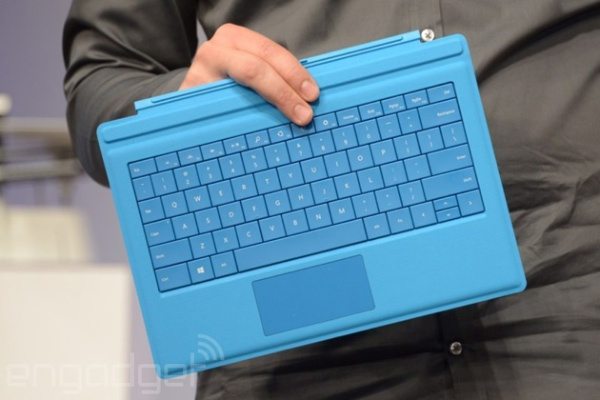 For more details on the Surface Pro 3 including pre-order and price information you can check out our launch article for the device. The new Surface Pro 3 has a 12-inch display so Microsoft has had to come up with a new Type Cover for it. The keyboard add-on will be priced at $130 and has an improved trackpad.

The official Docking Station price is $200 and this enables users to output video at 4K via a Mini DisplayPort. It also has three USB 3.0, two USB 2.0, Ethernet and audio connections. The Surface Pro 3 will release on June 20th and both of these accessories should be available at about the same time.