Micromax Canvas Entice A105 specs and more show up 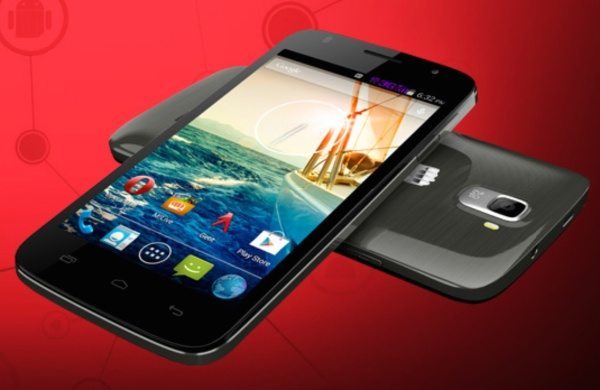 Only yesterday we informed readers that the Micromax Unite A092 had appeared listed before its official launch, and today that’s also the case with another new Micromax smartphone. The Micromax Canvas Entice A105 specs and more have now shown up on the official Micromax site and we have details coming right up.

This is a low-end handset so we expect a budget price, although that hasn’t been specified just yet. However, there have been some leaks implying that the Canvas Entice will have a price of around â‚¬80 to â‚¬90, that’s around Rs. 6,400 to Rs. 7,200.

There’s also no news yet on exactly when the phone will be available, although as it has now shown up online we don’t expect it to be too long until an official release. The phone will be available in black and Canvas Entice specs include a 1.2GHz Broadcom BCM23550 quad-core processor, VideoCore IV graphics, a 5-inch WVGA display with resolution of 800 x 480, 512MB of RAM and 4GB of internal storage, expandable via microSD to 32GB.

This dual SIM phone has a 5-megapixel rear camera with 720p video capture, a 0.3-megapixel front-facing camera, 1900 mAh battery, and as a nice bonus for a budget handset it will release running Android 4.4.2 KitKat. Connectivity options include 3G, Wi-Fi, Bluetooth 4.0, and USB support.

Pre-loaded apps include M!Live, M! Games, Bounce Ball Classic, Bubble X Slice, Zombie Smasher, Getit, Opera Mini and Reverie Solutions. We’ll be keeping our ears open for more information on the price and availability of this upcoming Micromax smartphone so do check back with us for more.

In the meantime if you want to find out more about the Micromax Unite A092 that we detailed yesterday, head here. Does the Micromax Canvas Entice A105 sound like an affordable smartphone that could appeal to you? Drop us a comment to let us know.