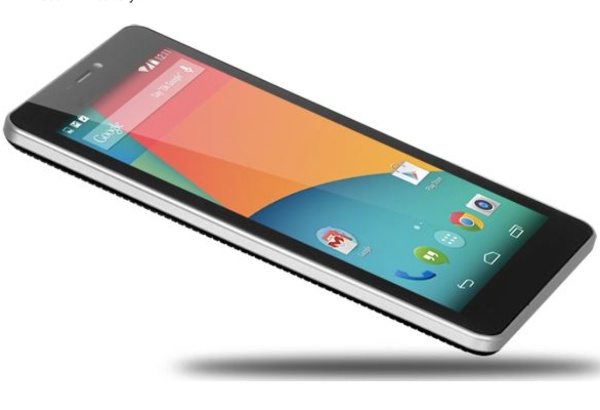 At Phones Review we’re fortunate to have a readership from right across the world, and today we have news that may interest our readers in India. The iberry Auxus Linea L1 smartphone and Auxus AX04 tablet with KitKat have both been launched in the country, and we have specs and price details right ahead.

It’s a real bonus that both of these affordable iberry devices will release running Android 4.4 KitKat, a point that should appeal to plenty of potential buyers. Both will be available to buy exclusively at eBay India from June 25th, so there’s not too long to wait before you can get your hands on them.

We’ll begin with the iberry Auxus Linea L1 specs and this one is powered by a 1.3GHz MediaTek MT6582 quad-core processor with Mali 400 graphics, a 4.5-inch display, 1GB of RAM, and 4GB of internal storage expandable to 64GB via microSD. It has a 5-megapixel rear camera with LED flash, a 2-megapixel front-facing unit, and 2000 mAh battery. Connectivity options include 3G, Wi-Fi 802.11 b/g/n, Bluetooth and aGPS and it’s a dual SIM (GSM + GSM) handset. It offers FM Radio and a 3.5mm audio jack.

Next up there’s the iberry Auxus AX04 with voice-calling (pictured here), which has a 1.5GHz dual-core processor with Mali 400 GPU, a 7-inch IPS display, 512MB of RAM, and 4GB of internal storage, again expandable to 64GB via microSD. It has a 2-megapixel rear camera, 0.3-megapixel front-facing camera and 3000 mAh battery. Connectivity includes 2G (EDGE), Wi-Fi 802.11 b/g/n, Bluetooth and USB OTG and it’s a dual SIM (GSM + GSM) device that also has a 3.5mm audio jack.

The iberry Auxus Linea L1 price is Rs. 6,990 while the Auxus AX04 is priced at Rs. 5,990. It would be interesting to hear what readers in India think about these new iberry budget devices, so feel free to send us your comments. Will you be buying either of them?