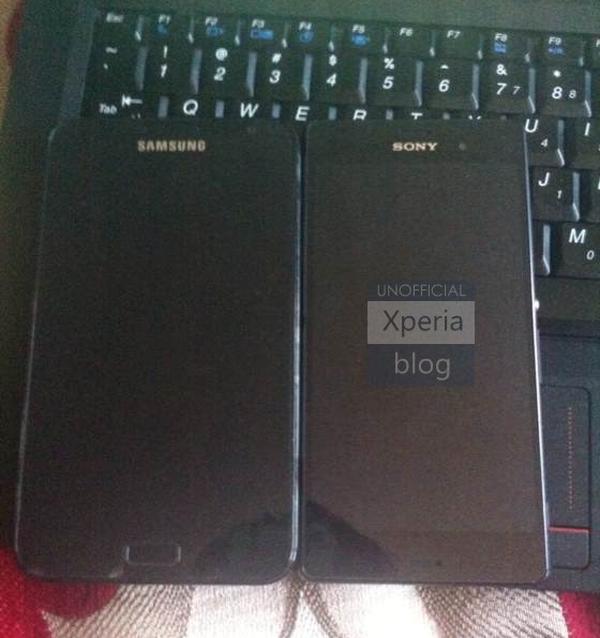 You can usually tell that a new smartphone is getting closer to an official launch by the manufacturer as information and images of the device start to leak on an almost daily basis, and now the Sony Xperia Z3 is pictured alongside the Samsung Galaxy Note.

Only yesterday we saw a new image of what is claimed to be the Sony Xperia Z3 that also featured some specifications for the handset, and today the image that you can see on this page courtesy of the guys over at Xperia Blog shows the upcoming smartphone again but next to the Samsung Galaxy Note.

This latest image is likely to end the speculation that the handset being leaked is the Sony Xperia Z3 Compact, as the Galaxy Note measures 146.9mm x 83mm x 9.7mm with the image giving some idea how large the Xperia Z3 is going to be.

The Sony Xperia Z3 is being tipped to be launched officially around the IFA Trade Fair in September, which will also be the time we will see the debut of the Samsung Galaxy Note 4.

Will you be considering a new Sony smartphone this year?