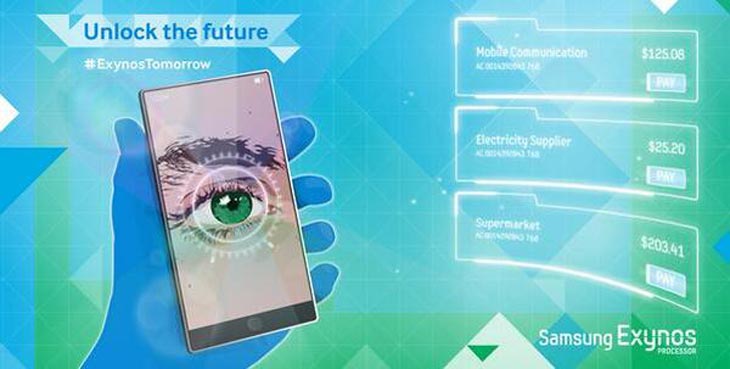 The anticipation for the next phablet sized flagship smartphone from Samsung is steadily growing which has been heightened by numerous leaks as well as some teases by the company itself, and now a new report is suggesting the Samsung Galaxy Note 4 may release with a unique security feature.

We have been recently hearing rumours of the camera specifications of the Galaxy Note 4, and the fact the company has promised an all new design for the device. Today though a new report is wondering if the smartphone will have an eye scanner.

There have long been rumours suggesting that Samsung was working on such technology but now a tweet by SamsungExynos has mentioned a security feature that is unique to the company, and is accompanied by the image that you can see on this page.

The device is expected to be showcased during the IFA 2014 event taking place in September with claims it will come with a 5.7-inch QHD resolution display, and powered by the Exynos 5433 Octa core processor with 3GB of RAM. There will also be a version that will house the quad core Qualcomm Snapdragon 805 processor depending on the market.

Do you like the idea of an iris scanner on the Galaxy Note 4?