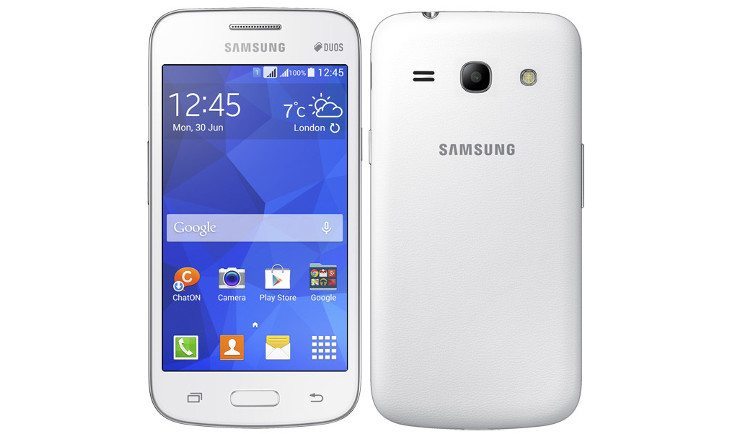 We told you about some unannounced smartphones from Sammy that were set to be released before the end of the year, and this evening they dropped another one with the Samsung Galaxy Star Advance. Will the new handset be the star of Samsung’s lineup or is it just another mid-range schlub of a device?

The Samsung Galaxy Star Advance is yet another mid-range device from Samsung, but as we know, not all budget devices are created equally. The device is a step-up from the Star 2, but still has a 4.3-inch WVGA display, 4GB of internal storage, and 512MB of RAM.

Thankfully, you’ll get a microSD card slot to go along with a 3MP rear snapper while an 1800mAh battery will power it all. The processor clocks in at 1.2GHz, but we have no idea what kind of chip it is at the moment.

While the specs are nothing to write home about, the Samsung Galaxy Star Advance does have a few features that make it worth a look. It will run Android KitKat 4.4 straight out of the box, and it can support dual SIM cards. It’s a feature everyone may not use, but it’s handy to have nonetheless.

The Galaxy Star Advance is set to roll out in India within the next few days, and is expected to be price at 7,299 INR. There’s been no word on a wider release, but we’ll keep you in the loop when we hear something official.