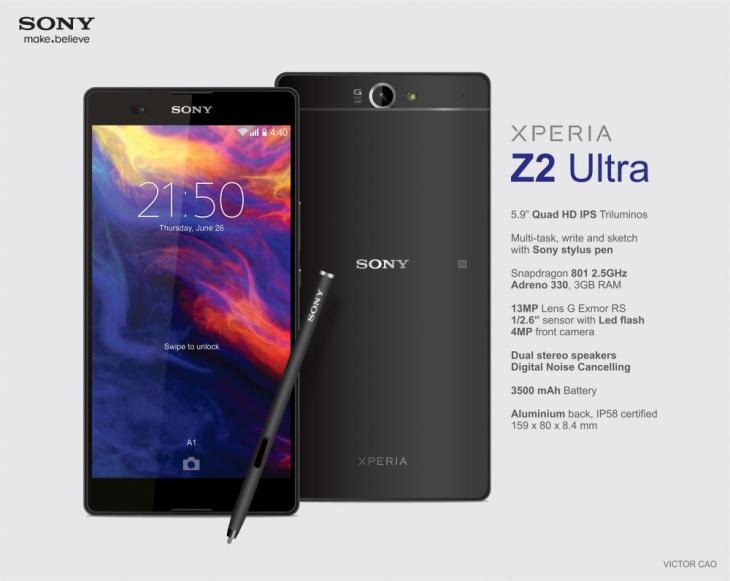 While the Sony Xperia Z2 has been pretty well received since it started to reach end users, thoughts are always turning to what smartphone manufacturers will be coming up with next. Today the Sony Xperia Z2 Ultra design is pleasing and could rival the Samsung Galaxy Note series.

There has been speculation that the next Sony Xperia Z Ultra handset could arrive this summer, but so far nothing has been seen officially, but today we have a concept design for you courtesy of designer Victor Cao.

This handset has a 5.9-inch QHD resolution touchscreen display with the Qualcomm quad core Snapdragon 801 processor under the hood clocked at 2.5GHz with 3GB of RAM and an Adreno 330 graphics GPU.

On the back we have a 13-megapixel rear camera fitted with an Exmor RS sensor paired with a 4-megapixel front facer, while other features include dual front facing stereo speakers, IP58 rating, 3,500 mAh battery, and a built in stylus.

Are you hoping that Sony brings out a handset like this?