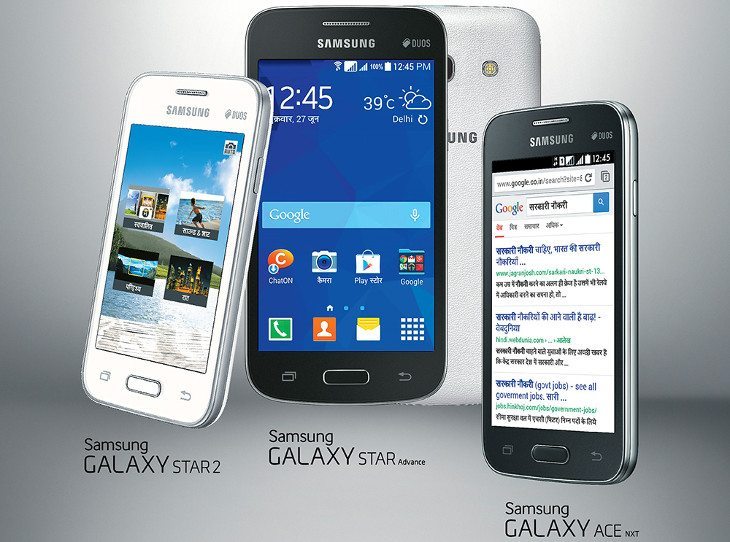 We knew Samsung was going to unveil three new mid-range handsets in India soon, and today was the day. The smartphone giant has officially announced the Galaxy Star Advance, Galaxy Star 2, and Galaxy Ace NXT and all are three are priced at under Rs. 8,000.

We talked about the Galaxy Star Advance earlier in the month, and it’s about what we expected. This means you’ll get a 4.3-inch LCD display with a resolution of 800 x 400, a 1.2GHz chip, 512MB of RAM and 4GB of (expandable) internal storage. The Galaxy Star Advance will cost Rs. 7,400 and is available in Black or White.

Next up is the Galaxy Star 2 which is a step down from the Advance as the name implies. The display drops down to 3.5” and the processor takes a bit of a hit with a single-core 1GHz chip. The RAM and memory stay the same, and the rear camera clocks in at 2MP. It has Bluetooth 4.0 and Wi-Fi, but it’s a 2G handset, so you’re stuck on EDGE. The Star 2 will come in White or Grey and will set you back Rs. 5,100.

The last device in Samsung’s new India lineup is the Galaxy Ace NXT. Again, the differences between the handsets are minor as this one has a 4-inch WVGA display, but everything else is essentially the same. It will work on a 3G network like the Galaxy Star Advance, and it’s available in Black or White for Rs. 7,400. 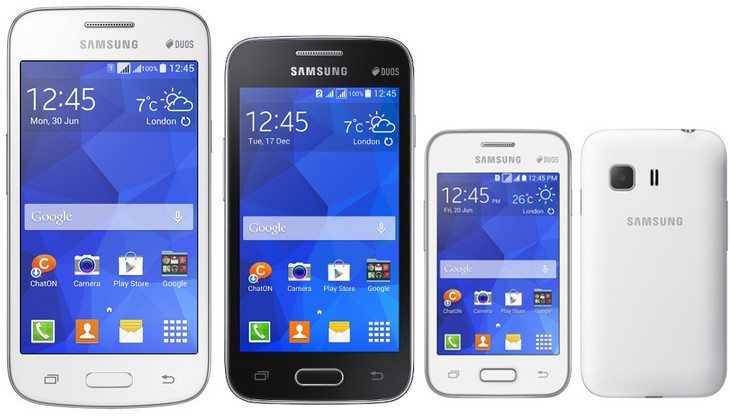 All three of Samsung’s new smartphones have dual-SIM capabilities and will run Android KitKat 4.4 straight out of the box. They support 12 Indian languages as well including Marathi, Punjabi, Tamil, Kannada, Oriya, Assamese, Malayalam, Telugu, Urdu, Guajarati, Bengali, and Hindi. If you hook up with Vodafone, you’ll also get 200MB of free data for 6-months.

Do you think Samsung’s trio of mid-rangers are worth a look?