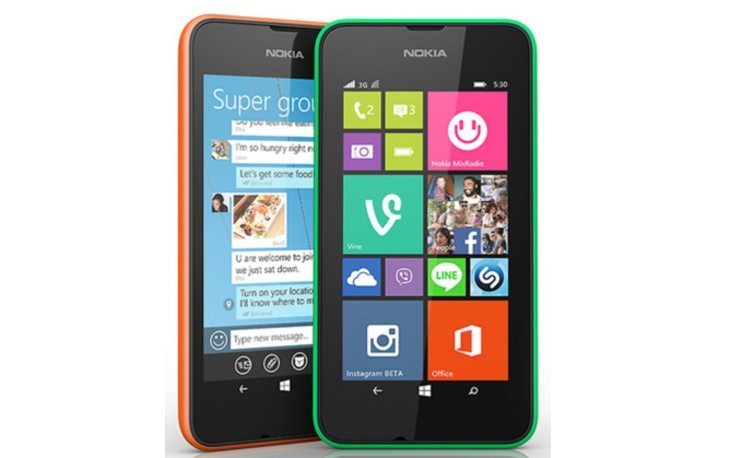 The Nokia Lumia 530 release is slowly rolling out and a week ago we gave information from a report about UK availability, which at that time was expected on September 4th. The Nokia Lumia 530 has now arrived early for the UK, although the price is a little more than previously anticipated.

Although it’s good to see that the phone is now on sale in the UK the earlier reported price tag was around Â£60. While that wasn’t accurate the Lumia 530 is still extremely affordable and we have details of various retailers where you can now get the phone as well as pricing for the device.

For starters the phone is now in stock at Carphone Warehouse with a SIM-free price tag of Â£89.95. Alternatively your retailer of choice might be Clove where it’s priced at Â£99. Cheapest of the lot is Unlocked-Mobiles where the Lumia 530 is just Â£86.98. If you’d rather get the phone on a two-year contract, this option is available from most of the major UK carriers with nothing to pay upfront.

Obviously for the price of this phone you’re not going to get top-notch specs, but there are likely to be plenty of buyers who will be happy with the price for a basic phone that will get the job done. Key specs include a 1.2GHz quad-core processor, 4-inch display with resolution of 854 x 480, 512MB of RAM, and 4GB of internal storage (expandable to 128GB via microSD). It also has a 5-megapixel camera and 1430 mAh battery, and it runs the Windows Phone 8.1 operating system.

Are you in the UK and planning to buy the Nokia Lumia 530? Drop us your comments in the box below.