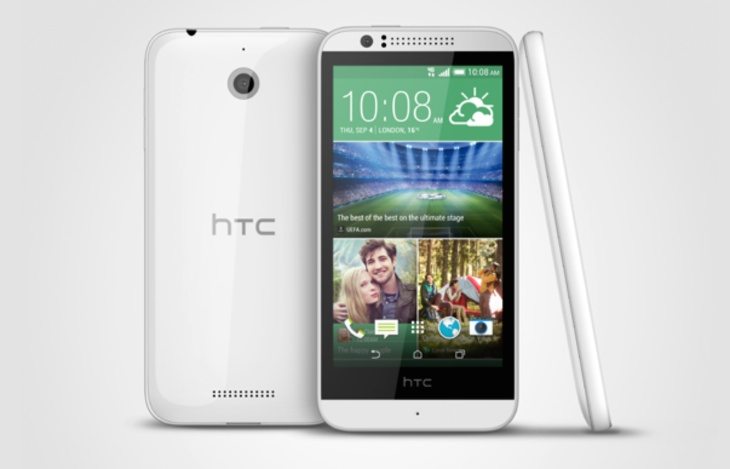 Another addition to HTC’s smartphone portfolio has just been announced and HTC Desire 510 specs and more have been confirmed. This could well be the HTC A11 that was recently leaked, with many of the specs matching up nicely. We have some details of this mid-range phone coming right up.

The new HTC Desire 510 is powered by a 1.2GHz Qualcomm Snapdragon 410 quad-core 64-bit processor with Adreno 306 graphics. It has a 4.7-inch FWVGA display, 1GB of RAM, and 8GB of internal storage (expandable via microSD), along with a 5-megapixel rear camera and VGA front-facing shooter.

The phone has 4G LTE connectivity, 3G, Wi-Fi and Bluetooth, and has a 2100 mAh battery. It runs the Android 4.4 KitKat operating system skinned with HTC Sense, and dimensions are 139.9mm x 69.8mm x 9.99mm, weighing in at 158g. The price hasn’t yet been announced but is likely to be affordable, and the Desire 510 will be released in various regions including Europe, Asia and the US.

The Desire 510 will be available in Terra White or Meridian Grey color options. It’s not yet known if the Desire 510 will also be available as a dual-SIM variant. You may also be interested in the HTC Desire 820 that was recently leaked and also has a 64-bit processor. This phone is due to be unveiled at an IFA Berlin event on September 4.

We’ll bring details of price and availability of the HTC Desire 510 as we hear further developments. Does this sound like a smartphone that you would be interested in?