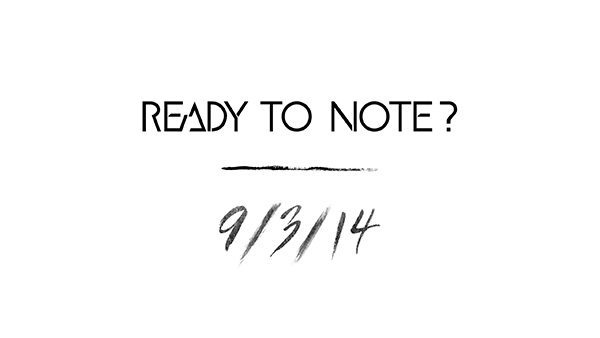 Five days, that’s approximately how much you need to wait in order to see what Samsung has in store for 2014/2015, as far as its Note device is concerned. While the South Korean phone-maker hasn’t specifically mentioned the Galaxy Note 4 in neither of its published materials so far, it hinted that a Note-class phone will be landing on September 3. The 2014 IFA (Internationale Funkausstellung Berlin, aka the International radio show) will debut on September 5, 2014 in Berlin, and Samsung has already sent out invites for a special event, happening just two days prior to the show.

There is little to no doubt that we will see the Galaxy Note 4 (tentative name). Samsung has historically announced Note phablets at the show (or at special events preceding the show) and the above mentioned teaser, alongside with leaks and rumors we’ve recently heard and seen (among which the latest talking about new fingerprint gestures) seem to be a natural confirmation of what we already suspected to happen, and taken for granted.

However, Samsung didn’t stop there! The giant phone-maker has published another teaser on its YouTube channel, embedded below. If you’re expecting to see hints, or to take a brief look at what’s coming on September 3, don’t bother: you won’t see any. Instead, the one-minute clip is filled with people doing fun and exciting things; also, the tagline “ready, set…” is present all the way throughout the video, leading up to the main message Samsung’s marketing team wants to transmit: “ready to note?”, followed by the September 3, 2014 date.

“Go big”, as well “write” are present in the clip, and they make perfect sense, since the Galaxy Note, from its first iteration, was a device with a large screen, featuring the S-Pen, Samsung’s take on the stylus, which enables users to do lots of things, including handwriting.

Given the nature of these two teasers, it is safe to assume that Samsung will not unveil, or hint, anything more specific than this, so we’ll just have to wait until the event to see something official. In any case, we’ll definitely inform you as soon as the Galaxy Note 4 becomes official. Until then, check out the aforementioned second teaser below.