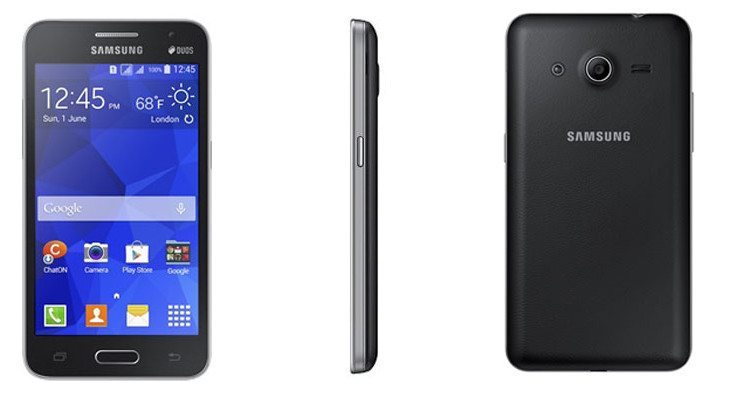 The Samsung Galaxy Core 2 isn’t the newest smartphone on the block, but it just got a little cheaper thanks to the new Android One handsets that have landed in India. The Galaxy Core 2 price has dropped, and the price cut may make you see the mid-ranger in an all new light.

Nobody would ever confuse the Samsung Galaxy Core 2 of being a flagship, but it was a good value when it first arrived in India. Since that time, many cheaper handsets have hit the country, and the Android One program launched three new smartphones in the country earlier this week. Prices have dropped considerably, and so has the Samsung Galaxy Core 2 price in India.

The Galaxy Core 2 was previously priced at Rs. 11,900 through Samsung’s online store in India, and now it’s down to Rs. 8,007. If you’re wondering how it stacks up against the new Android One smartphones, wonder no more. The Core 2 has a 4.5-inch display, a quad-core 1.2GHz processor, 768MB of Ram and 4GB of internal storage. As for the cameras, you’re looking at a 5MP shooter on the back and a VGA selfie snapper.

The Android One handsets have slightly better specs with the front-facing camera and processor, but things are fairly even. The price isn’t, as even with the price drop, the Core 2 is still more expensive than any of the new Android One handsets. If you prefer Samsung’s brand to the likes of Karbonn, Spice and Micromax you can find the Samsung Galaxy Core 2 on Samsung’s site for Rs. 8,007.