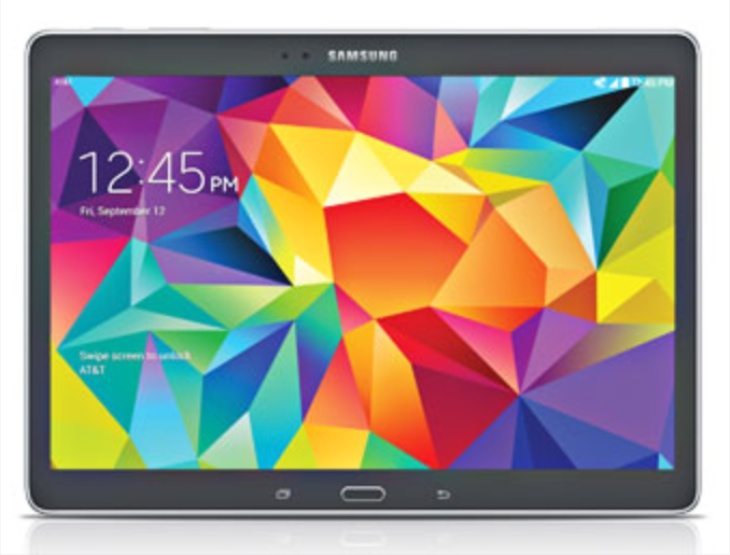 The Galaxy Tab S tablets were officially launched back in June and many people have already got to grips with the Wi-Fi versions. The Galaxy Tab S 8.4 LTE variant is up for pre-order from today at AT&T online or in stores at a no-contract price of $529 or $429 on contract. The larger Galaxy Tab S 10.5 is $629 sans contract or $529 with a two-year contract. Both are in a Charcoal Gray color.

These tablets have some top-notch specs that include an Exynos 5 octa-core processor, Super AMOLED display with resolution of 2560 x 1600, 3GB of RAM, and 16GB of internal storage (expandable via microSD). There’s an 8-megapixel rear camera and 2-megapixel front-facing snapper, and they run Android 4.4.2 KitKat skinned with the Magazine UX.

As a bonus AT&T is offering buyers of either tablet 50% off the Samsung Tab S keyboard while stocks last. Are you about to pre-order either of these LTE Galaxy Tab S tablets?