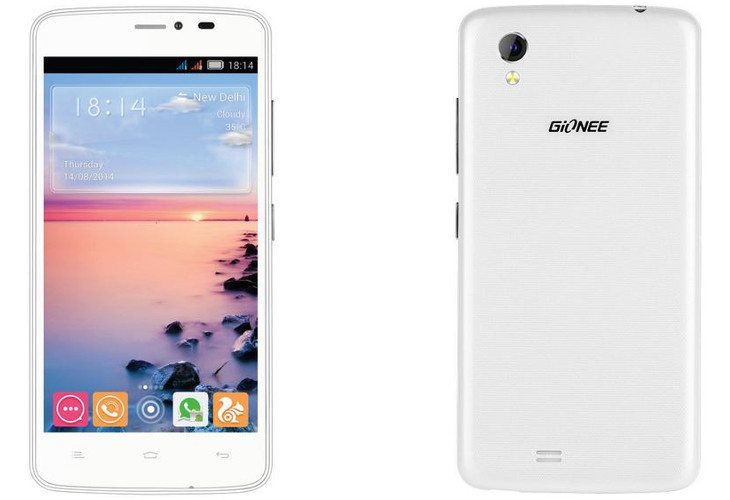 Gionee may not be a household name in some parts of the globe, but they can make some sleek, thin smartphones. Today they’ve launched another svelte device with an update to last year’s CTRL V4, the Gionee CTRL V4S.

The Gionee CTRL V4S isn’t quite as slim as the 5.5mm Gionee Elife S5.5, but it’s certainly not fat as it is 7.8mm thin. It’s also made from some kind of laser carving process, and it’s certainly a clean looking device as you can see from the photos.

In terms of the Gionee CTRL V4S specs, you can look forward to a 4.5-inch FWVGA display with a resolution of 480 x 854. Under the glass is a quad-core 1.3GHz chip, 1GB of RAM and 8GB of internal storage which can be expanded up to 32GB via a microSD slot. The rear camera is listed as an 8MP snapper while the front-facing camera is a 2MP sensor.

The rest of the Gionee CTRL V4S specs include 3G, Wi-Fi, Bluetooth 3.0, GPS and an FM Radio. It’s powered by an 1,800mAh battery, and it will run Android KitKat 4.4 out of the box. The device isn’t listed as having NFC, but it does have a sharing feature (Hotknot) that allows you to swap photos or videos by placing to screens together.

The Gionee CTRL V5 was launched earlier this year at Rs. 12,999 and the Gionee CTRL V4S price and specs are similar. The CTRL V4S will be available in Black and White and it’s priced at Rs. 9,999 in India.