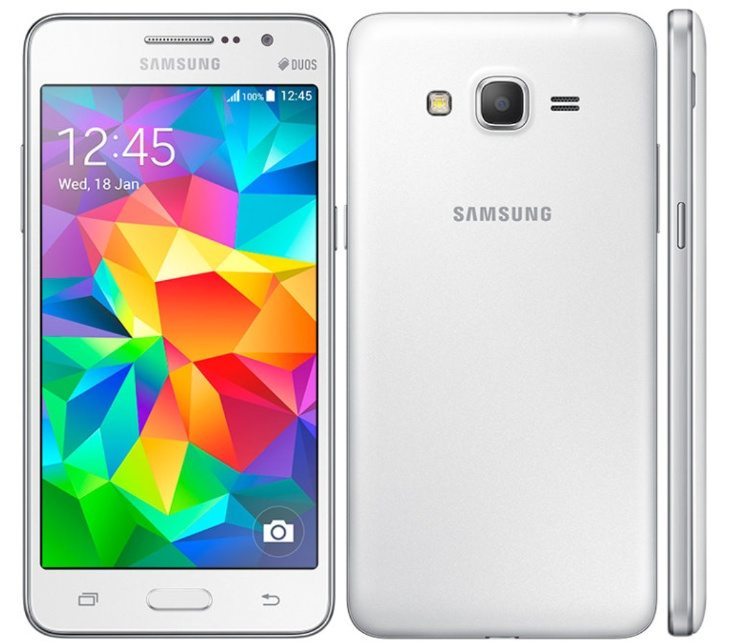 Although the phone has still not been made official just yet, Mahesh Telecom has given a price of Rs. 15,250 (with MRP of RS. 16,000) and says it will arrive for sale at some point this week with stocks due possibly within the next two days. We have often seen upcoming device leaks from Mahesh Telecom that have turned out to be accurate, although of course this isn’t confirmed yet.

This is a dual SIM device for selfie lovers as it has a 5-megapixel front-facing camera, and it’s also said to feature support for 14 Indian languages. Color options of the handset are black or white. Key specs include a 1.2GHz Snapdragon 400 quad-core processor, a 5-inch display with resolution of 960 x 540, 1GB of RAM, and 8GB of internal storage, expandable via microSD to 64GB.

It would be interesting to hear what readers think of this latest Samsung smartphone addition to the market in India and the pricing. Are you waiting to hear an availability date for the Galaxy Grand Prime?