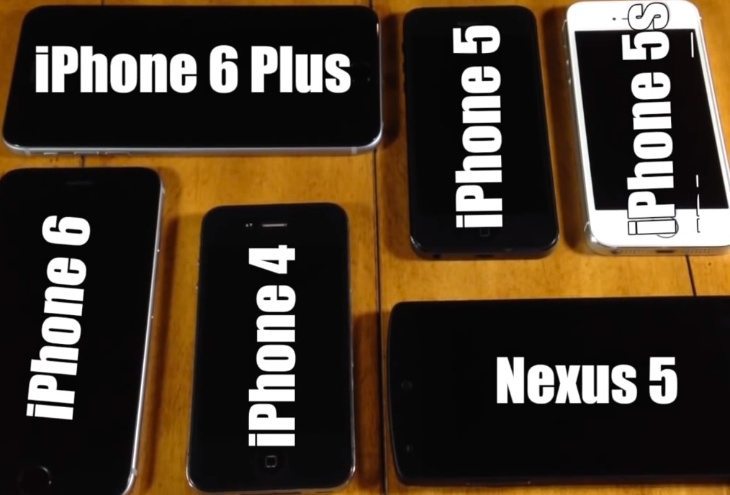 The more we use our mobile devices, the more important the battery life is. There has been plenty of debate in the past about iPhone battery performance, with many owners feeling this to be one of the only downsides. Therefore battery life for the new iPhones for 2015 is coming in for some scrutiny, and today we’re looking at iPhone 6 battery life tests vs. the iOS family and the Nexus 5.

Previously we’ve reported on some battery testing on the iPhone 6 vs. HTC One M8, LG G3, OnePlus One, and Samsung Galaxy S5 and Galaxy Note 3. This latest battery performance testing is also interesting as it shows the iPhone 6 and 6 Plus up against the iPhone 5S, iPhone 5, iPhone 4 and also the Nexus 5.

Below this article we’ve embedded a YouTube video showing this, and the testing involved the devices playing two HD TV shows with brightness on each handset set to full. After the first show has been played the battery life on each is compared. The Nexus 5 had 85% charge left, the same as for the iPhone 4. The iPhone 5 was on 87% while the iPhone 5S was still on 89%. The winners at this stage were both of the new iPhones on 92%. 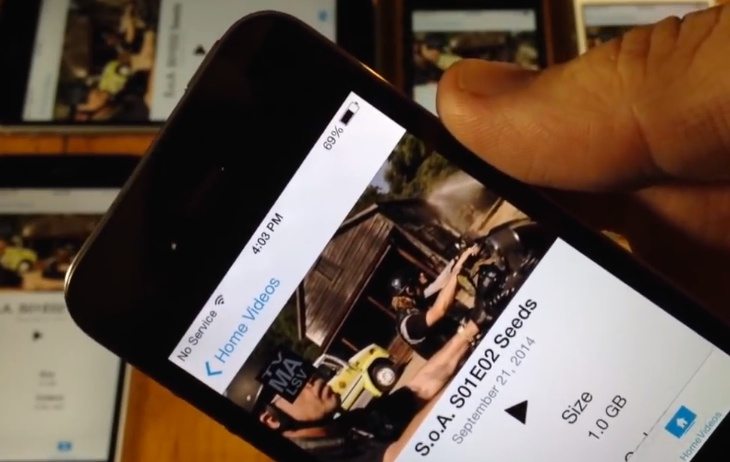 The second TV show was then played on all of the smartphones. We don’t want to spoil your enjoyment of the video by giving away all of the results. However, it is the case that some of the handsets dropped more percentage than others when compared to their first results. For instance the iPhone 4 went down from 85% to 69% (a difference of 16%), while the Nexus 5 went down from 85% to 72% (a difference of 13%).

When you’ve viewed the video below we’d like to know how you feel about the battery life of the iPhone 6 and 6 Plus. Is battery performance on a smartphone something that particularly concerns you? Are you satisfied that either of the new iPhones offers the battery life that you need?