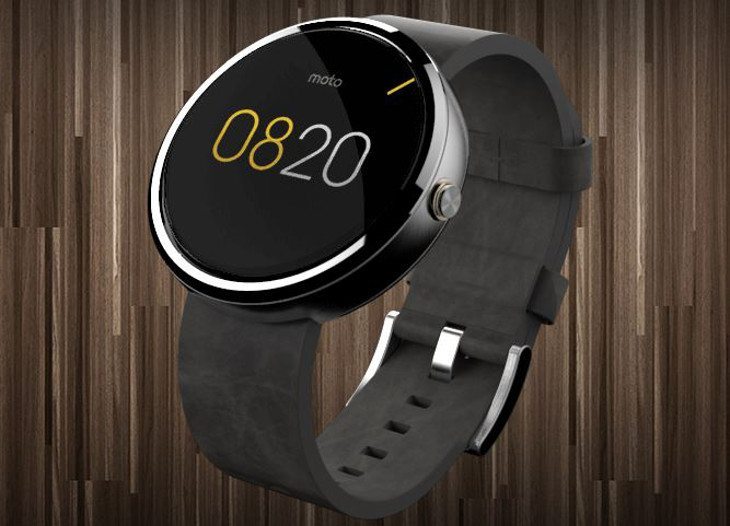 The Moto 360 is arguably the slickest smartwatch you can purchase, and it’s available in several parts of the world if you can find it in stock. If you’re in the UK, that hasn’t been the case although that’s just changed thanks to O2.

In case you’ve been living under a rock or are new to the world of wearables, the Moto 360 is the first round smartwatch running Android Wear, and it’s pretty darned stylish as you can see from the pics. As for the specs, you’re looking at a 1.56-inch 320 x 290 display with 512MB of RAM and 4GB of storage. It can track your fitness with a heart rate sensor, and it has wireless charging to boot.

The Moto 360 has been met with open arms by consumers around the globe, and it hasn’t been easy to find one in stock depending on your locale. Folks in the UK can know pick up the Moto 360 for Â£199 through O2 although the black Moto 360 seems to be the only one available at the moment. If you are worried about the battery life, don’t be as a recent update has dramatically improved that. If you’re looking to snag the Moto 360 in the UK, they are in stock at O2 at the moment and ready to ship out.

Are you going to pick up a smartwatch this year?