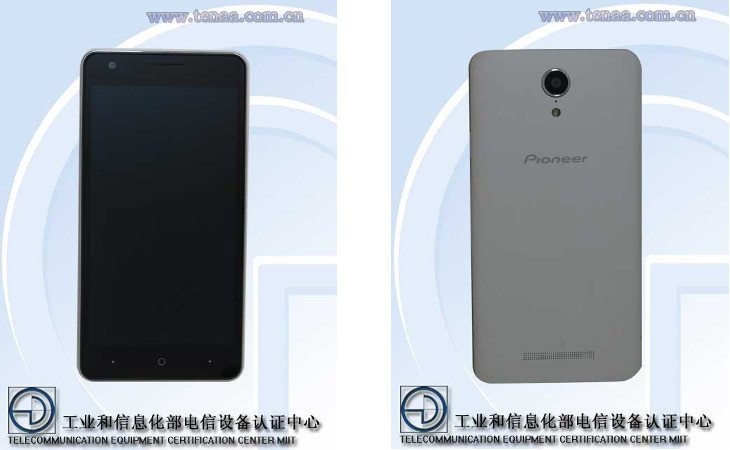 Back in September, we talked about the Pioneer K88L smartphone, and now it appears as if Pioneer has another handset on the way. A new device dubbed the Pioneer E82L has just gotten certified, and it’s headed to the Far East in the near future.

Whereas the K88L was a 5.5-inch phablet, Pioneer cut the size down on the Pioneer E82L by bringing it down to an even 5-inches. The resolution stays the same at 1,280 x 800, but the processors is a bit of a downgrade with a quad-core 1.5GHz chip compared to a 1.7GHz SoC found in the the K88L. 1GB of RAM and 8GB of expandable internal storage round things out under the hood.

The rest of the Pioneer E82L specs include an 8MP rear camera, and a 2MP front-facing snapper. It should have all the usual connectivity options like WiFi, Bluetooth and 3G, but we’re unsure if it will be a 4G handset with NFC like K88L. The device measures 142.8mm x 72mm x 8.8mm and weighs in at 137grams. There’s no mention of the battery or OS, but we assume it’ll rock KitKat straight out of the box.

The Pioneer E82L is a “slight” step down from the Pioneer K88L, depending on your preferences. The two devices are close in most areas aside from the cameras, and the display size really comes down more to preference. We’re unsure of the pricing and availability of the Pioneer E82L at this time, but will keep you in the loop as we learn more.