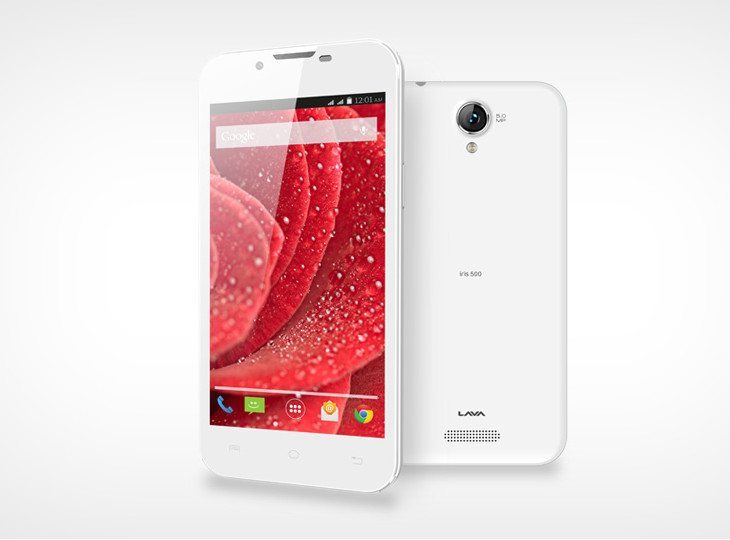 Lava. They may not release the most high-end smartphones around, but they do put out a lot of them. The busy company has just produced another midrange handset for the masses, and it’s called the Lava Iris 500.

Just last week we told you about Lava’s foray into the “big battery” space with the Lava Iris Fuel 50. The Lava Iris 500 doesn’t pack the same large 3,000mAh battery as the Fuel, and it doesn’t have a 5MP selfie-snapper like the Iris X5. It is cheaper than both those devices however, so it’s worth a look if you’re in the market for a budget device.

The Lava Iris 500 sports a 5-inch display with a resolution of 480 x 854, and it has a 1.3GHz dual-core chip and 512MB of RAM under the hood. The storage space is listed as 4GB, but it is expandable up to 32GB with a microSD card. As for the cameras, you’re looking at a 5MP rear camera with an LED flash and 0.3MP front-facing sensor.

As you’d expect, the Lava Iris 500 is a dual-SIM handset, and you’ll get the advantage of having WiFi, Bluetooth 4.0, GPRS, and a micro-USB port at the ready. You won’t have 4G or 3G/Edge, but you will get an 1,800mAh battery and you can pick it up in White.

The Lava Iris 500 doesn’t have premium specs or a premium price tag as it’s priced at Rs. 5,499 in India. That’s cheaper than their last few handsets, and not a bad price for a device that runs Android KitKat 4.4 straight out of the box.