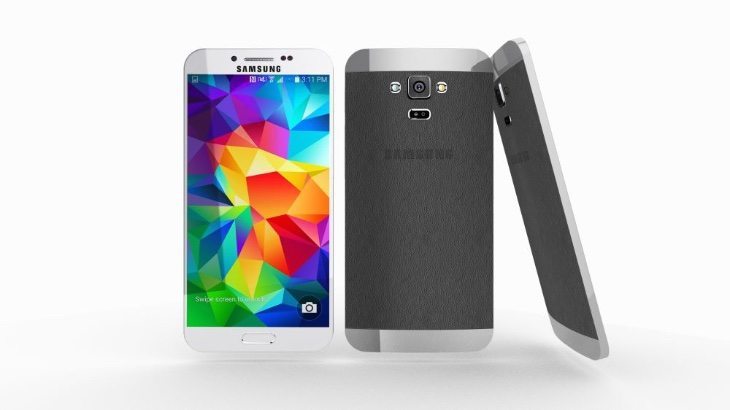 Although the Samsung Galaxy S6 is in the early stages of development we have already seen some of the first rumors arriving in recent days. Another thing we’ve also seen are plenty of concept ideas for the phone, and no doubt we’ll see plenty more before the final release. Today we have new Samsung Galaxy S6 styling with specs and a video.

This latest concept design comes from 91mobiles and features a semi-metallic casing with very slim bezels. The handset is just 7.5mm thick and weighs 130g. It has a faux leather reverse and is both dust and water-resistant. Specs of this Galaxy S6 creation include a 2GHz Exynos 5430 octa-core processor, a 5.5-inch display with Quad HD resolution of 2560 x 1440 as you might expect, 4GB of RAM, and 32, 64 or 128GB of internal storage with microSD for expansion.

Camera-wise you’re looking at a 20-megapixel rear ISOCELL camera with dual-tone LED flash and a 5-megapixel front-facing BSI unit with wide-angle lens. This is a 4G LTE phone with a 3300 mAh battery featuring an Ultra Power Saving model for around 2.5 days usage, and it runs the Android 5.0 Lollipop OS with new TouchWiz UI and gesture controls. 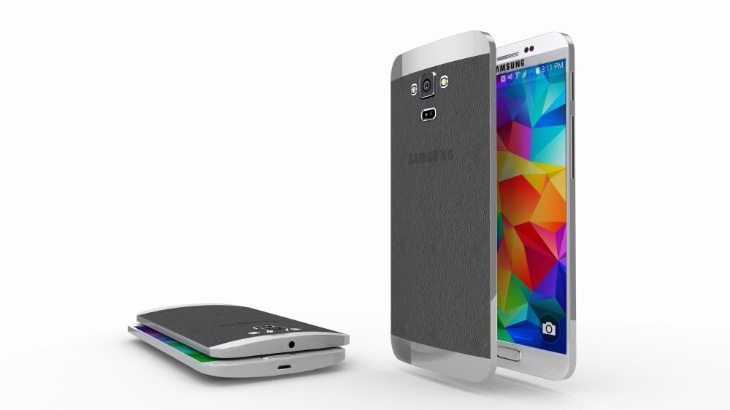 We’ve included a couple of images of this Galaxy S6 render here and embedded a YouTube video below this story that shows more. You might also like to compare this with another concept of the S6 that we shared recently. This is a nice-looking device although it reminds us somewhat of at least two other recent flagships, but we wonder what you think.

If the genuine Samsung Galaxy S6 releases looking something like this and with these specs would you be satisfied enough? Maybe you’re hoping for something rather more groundbreaking? Why not send us your comments about this design.

One thought on “New Galaxy S6 styling with specs and video”