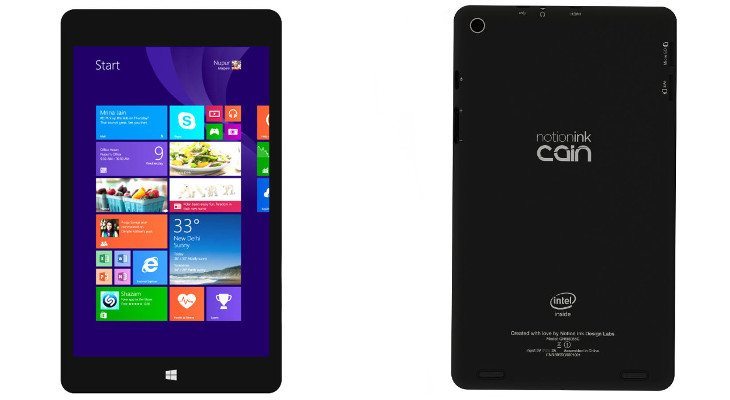 Notion Ink has produced several slates over the years, and we talked about their funky CAIN 2-in-1 back in September. The Notion Ink Cain 8 isn’t a dual-boot slate, but it looks to be a solid option if you’re looking for a Windows 8 tablet in India.

Tablets usually don’t have great cameras, and the mid-range Notion Ink Cain 8 is no exception with its 2MP front and rear cameras. It has a 3G SIM slot as well to go along with WiFi, Bluetooth 4.0, and a 4,000mAh battery. The Cain 8 will weigh 365g with a 9mm profile, and it will run Windows 8 with a free copy of Office and 1TB of OneDrive free for a year.

The Notion Ink Cain 8 isn’t as slick as the 2-in-1, but it’s quite a bit cheaper considering it’s listed at Rs. 9,990 in India. The tablet will be available in Black and sold exclusively through Snapdeal if you are interested in picking one up.

What do you think about the Notion Ink 8’s price?