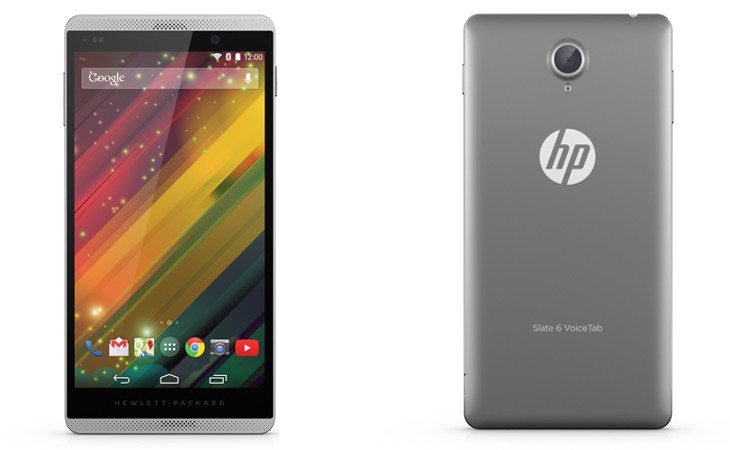 We have covered a large influx of voice-calling slates lately with devices like the Acer Iconia Talk S and Lenovo A7-50. HP is back for another round with the recently unveiled HP Slate 6 VoiceTab II, and we’re going to see how it measures up against the recently released HP VoiceTab 7.

HP has announced the HP Slate 6 VoiceTab II for India, and it is a bit of an upgrade in several key areas compared to the VoiceTab 7. The Slate 6 sports a 6-inch 720p display, and is powered by a quad-core 1.2GHz Marvell chip. The 1GB of standard mid-range RAM is included, and you’ll have 16GB of expandable internal memory to work with as well.

As for the cameras, the HP Slate 6 VoiceTab II sports an 8MP snapper on the back to go along with a 2MP front-facing camera. Connectivity options include Dual-SIM with dual standby, 3G, Bluetooth, WiFi, and GPS. The phablet will be powered by a 3,000mAh battery, and it will run Android 4.4 straight out of the box.

When compared to the HP 7 VoiceTab, the HP Slate 6 VoiceTab II has better cameras, more storage and a slightly sharper display. That said, it’s a bit more expensive as the HP Slate 6 VoiceTab II price is listed at Rs. 15,990 in India. We don’t have an exact release date for the slate yet, but it is listed on the company’s official site and will be available in Silver when it arrives.