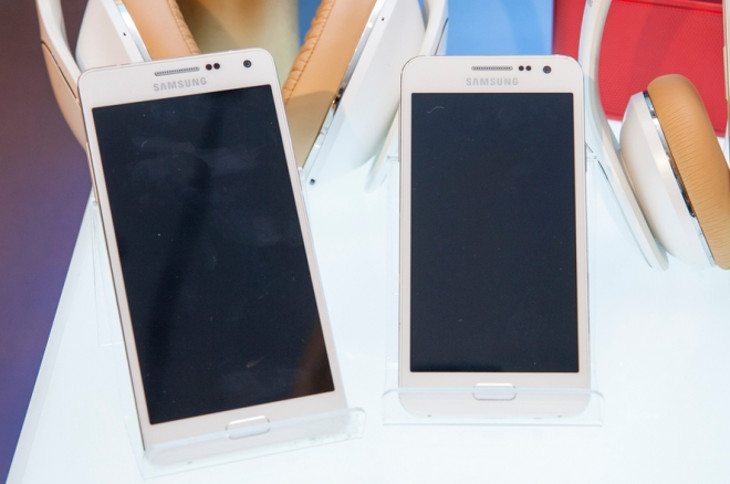 The Samsung A Series is their new lineup of metal unibody devices, and there are three handsets with the Galaxy A3, Galaxy A5 and Galaxy A7. As the numbers imply, the smartphones range from mid-range to flagship(ish), and we’re getting our first official look at two of the three devices. First up, is the Samsung Galaxy A3…

The Samsung Galaxy A3 specs show a 4.5-inch 540 x 960 display with 1GB of RAM and 8GB of internal storage. It will have an 8MP rear camera to go along with its 5MP front-facing snapper, and draws its juice from a 1,900mAh battery. Last but not least is a Snapdragon 410 and Android 5.0 Lollipop. 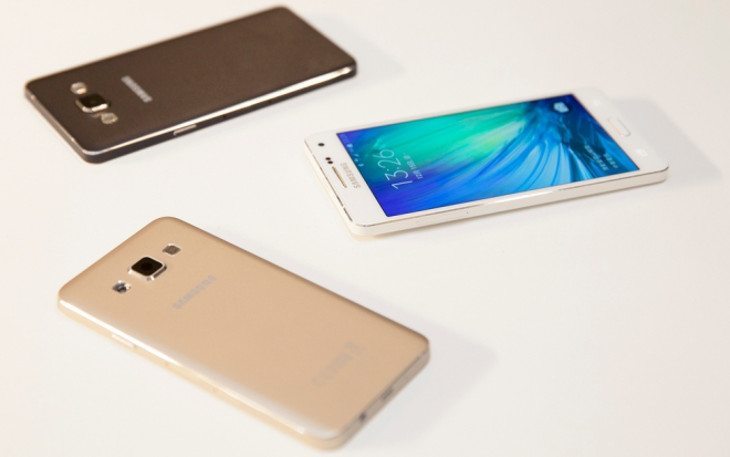 The Samsung Galaxy A5 is a bit larger at 5-inches and it has a better 720p display. On the inside, you’ll find 2GB of RAM and 16GB of storage to go along with a 13MP/5MP camera combo. The A5’s battery is listed at 2,300mAh and it will use the new 64-bit Snapdragon 410 processor. It’s also listed as running Android 5.0.

Sammy kind of snuck this one out as we knew the Galaxy A Series was coming, but weren’t sure when or where it would land. We don’t know the global plans for the A Series at this time, but the Samsung Galaxy A3 is going for $287 while the Samsung Galaxy A5 price is listed at $380.

Would you like to see the Samsung A Series come to your region?