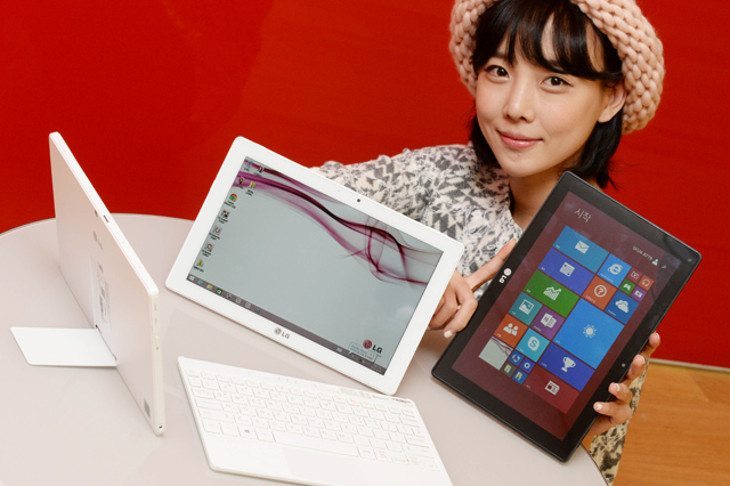 We love a good tablet just as much as the next techie, and today LG unveiled an interesting one with the LG Tab Book Duo. It’s not the first time the tablet line has made an appearance, but the slate looks to run Windows instead of Android this time around.

We took a look at the somewhat outdated Android-based Tab Book 11TA740 back in July, and the LG Tab Book Duo is similar in name only. As mentioned, the Tab Book Duo will run Windows 8.1 and the battery is supposed to provide around 11 hours of power on a single charge. It’s also light at 530grams although the Bluetooth Keyboard will kick things up to 792grams once it’s tacked on.

Aside from that and nifty built-in stand, the specs are actually a bit sparse at the moment. It will have a 10.1-inch IPS LCD display and a micro HDMI port to go along with a USB 3.0 port. It will also be powered by a quad-core Intel chip of sorts. The draw of the Tab Book Duo seems to be the one-push keyboard dock unless LG comes out and wows us with the rest of the specs.

We may not know all the specs, but we know the LG Tab Book Duo price as it’s selling for 740,000 KRW or around $670 bucks in Korea. If you pick one up between December 15 — 22, you can get a free wireless mouse courtesy of Microsoft.