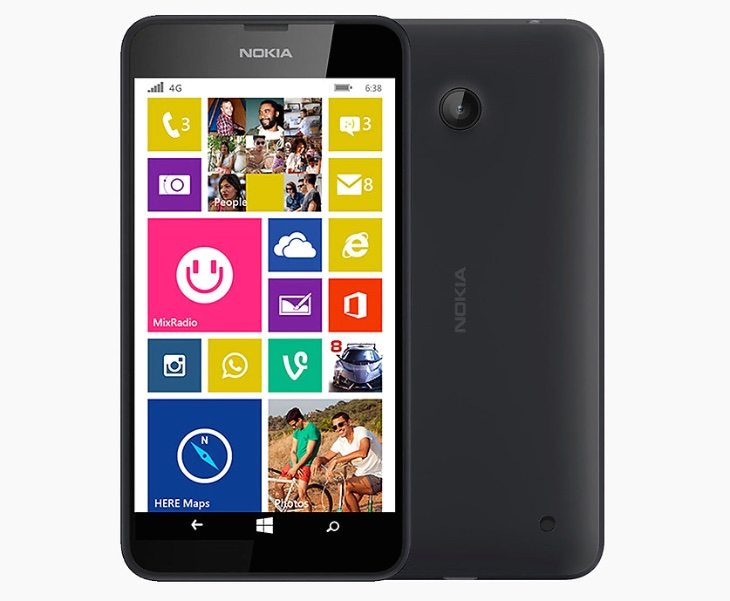 The Nokia Lumia 638 is a smartphone that was made official back in June. The phone originally released in China and at that time it wasn’t clear if it would arrive for other regions. The phone is now releasing to the Indian market, and we have the Nokia Lumia 638 LTE price from the India launch that has just taken place.

It may be some months since the phone went on sale for China, but better late than never as this is an affordable 4G LTE phone that should go down well with potential buyers. The Lumia 638 price is Rs. 8,299 and it will be available in black or white color options. Amazon India will have pre-orders available from December 17, and the phone will also be up for sale on the Microsoft Brand Store.

The phone has TD-LTE Band 40 in India so is compatible with Airtel. A launch offer on Airtel 4G will give buyers 5GB of 4G free data for 2 months for Airtel postpaid customers in Bengaluru. That offer stands until the end of March next year. Now on to the all-important Lumia 638 specs and these include a 1.2GHz Snapdragon 400 quad-core processor, a 4.5-inch IPS display with resolution of 854 x 480, 1GB of RAM, and 8GB of internal storage that’s expandable via microSD to 128GB.

Are you pleased to hear of the launch of the 4G LTE Lumia 638 for India? We always appreciate receiving your comments so we welcome your first impressions on this phone and its price.