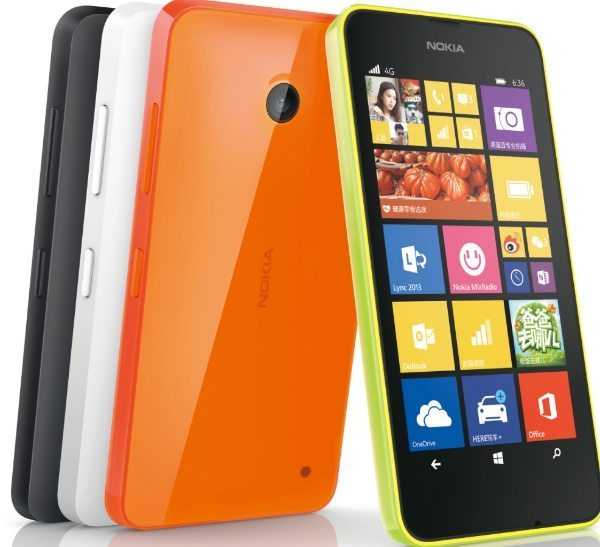 Two new Nokia smartphones have been formally unveiled today to add even more choice to the market, and both are based on the popular Lumia 630. The Nokia Lumia 636 and Lumia 638 have been officially introduced and will release soon, one later this month and the other in early July.

We previously reported that the Lumia 636 had passed through the Chinese certification process, indicating that its release has moved a step closer. Earlier this month we also heard that pre-orders for the dual SIM Lumia 638 had opened in China, although it had not been clarified if it would release elsewhere.

These are TD-LTE smartphones that will release for China, and while being suitable for the Chinese version of 4G LTE they are also compatible with international LTE. They are both priced at CNY 1,300, that equates to around $210, though previously a pre-order price for the Lumia 638 was shown as CNY 1,200.

They take their inspiration from the Lumia 630 and have a Qualcomm Snapdragon 400 processor and 4.5-inch WVGA display but double the amount of RAM at 1GB. They run the latest Windows Phone 8.1 operating system and features include HERE Maps and also free Nokia MixRadio.

The Nokia Lumia 638 release starts on June 21st on China Mobile while the Lumia 636 will be available from July 5th on China Unicom, and color choices are black, orange, white or yellow. With the Chinese mobile market being so large this move into TD-LTE phones for the country seems to be a wise move on Nokia’s part. Are you pleased to hear of these new Nokia Lumia smartphones?